“I hope you guys like the champagne!” was Rickie Fowler’s first remarks on entering the interview room at PGA National as the 2017 Honda Classic champion.

Fowler had done exactly the same thing (providing a dozen bottles of bubbly for the media) back in January 2016 after capturing the Abu Dhabi HSBC Championship on the European Tour.

As such, it has been a long time between victory toasts for one of the more-popular players on the PGA Tour.

Of course, Fowler celebrated last October’s emphatic Ryder Cup triumph but in winning along the Florida shoreline in the presence of legendary Jack Nicklaus, Fowler became the third member in as many weeks from the victorious USA Hazeltine Ryder Cup team to win on the PGA Tour.

In winning in where he now calls home, the 28-year old Fowler also matched the average age of PGA Tour winners in the 2016-17 wraparound season with 11 of the 15 events contested having been won by players in their 20s. The average age has skewed even younger since the calendar changed to 2017. All but one of the eight tournaments in 2017 has been won by a player in his 20s, and Fowler actually raises the average winner’s age to 25.5. 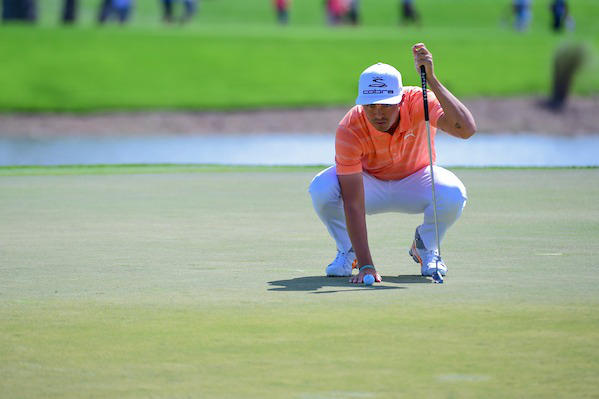 And since his last victory in the UAE capital, Fowler has watched the likes of Rory McIlroy win two of last year’s four FedEx Cup events. He’s seen Justin Thomas earlier this year win back-to-back in Hawaii and he’s admired Japan’s 25-year old Hideki Matsuyama dominate at the end of the 2016 and successfully defend this year’s Waste Management Phoenix Open.

Fowler did something this week what he hasn’t managed to do on four other occasions and that is to go on to capture success when leading going into the final day. “It feels great to finally get the goose egg out of that stat,” he said.

“So, it’s special to be able to pull it off,” said Fowler, who lives in nearby Jupiter. “It wasn’t the prettiest of ways to do it, but this isn’t an easy golf course and this wasn’t an easy day to go play golf on. I just had to fight through it.”

But then waiting for Fowler was the pretty sight of a gleaming crystal trophy, a prize cheque for $US 1,152,000 and a move back up to No. 10 in the World Rankings.

There were many who agreed with when leaving the room I commented:  “I beginning to enjoy it when Rickie wins”.