Tough at Torrey for Tiger as Power & Harrington struggle too

Tiger Woods had a rough return to the PGA TOUR last night.

Woods, playing in a PGA TOUR event for the first in 17 months fell apart on the back nine of the South course at Torrey Pines and wound up with a 4-over 76, leaving him in danger of missing the cut at the Farmers Insurance Open. He was 11 shots behind Justin Rose, who shot a 65 on the shorter North Course.

Along with fighting his swing — he didn’t hit a fairway after No. 7 — and coping with thick rough he had not seen in some time, Woods said he had a hard time adjusting to the pace of play from being in threesomes for the first time since he last played a PGA TOUR event at the Wyndham Championship in August 2015.

“Honestly, it was just weird waiting that much,” Woods said. “Not used to doing that. At home, I guess we’re flying a little quicker than this. It was just a different rhythm.” 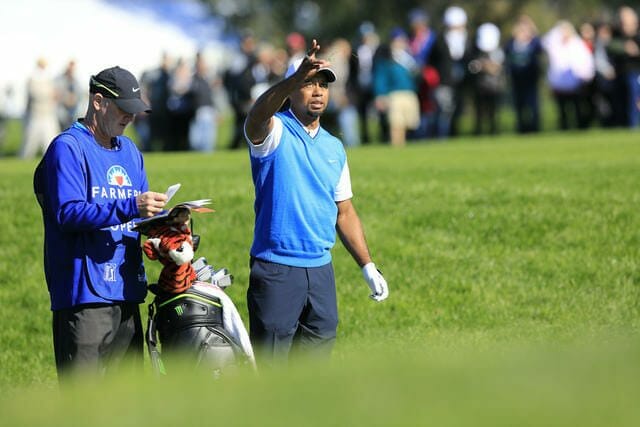 This was a battle from the start, when his opening tee shot went into the right rough and he hit a big cut closer to the gallery than the green. Woods did well to keep his score from getting out of hand early, with four tough par saves on the front nine to limit the damage.

He started the back nine with 10-foot birdie putts on the 10th and 11th holes, and with two par 5s ahead of him, starting to believe this could be a strong start.
“And it went the other way,” Woods said. “I hit bad tee shots and made a bad three-putt and laid up from the rough into rough.
“I just kept compounding problems and mistakes out there.”
Woods, played with Jason Day and Dustin Johnson and the star group sure didn’t play like one, with all three players frustrated at times by the bumpy poa annua greens in the afternoon. Day, the No. 1 player in the world, missed five putts from the 4-foot range. He opened with a 73. Johnson made a 15-foot birdie putt on the final hole for a 72.

None of them ever were better than 1 under at any point in the round.
“I was fighting out there all day,” Woods said. “Didn’t really hit it that good. Greens were a little tough out there with some of the putts. I had a round which I let get away in the middle part of the back nine, and unfortunately, did hit very good shots.”

Seamus Power and Pádraig Harrington fired two over par 74s while on his first competitive round in 2017 Shane Lowry broke par carding a one-under 71 to be top of the Irish trio. 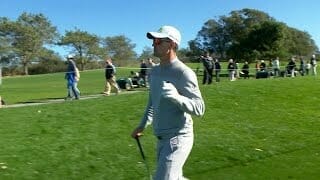