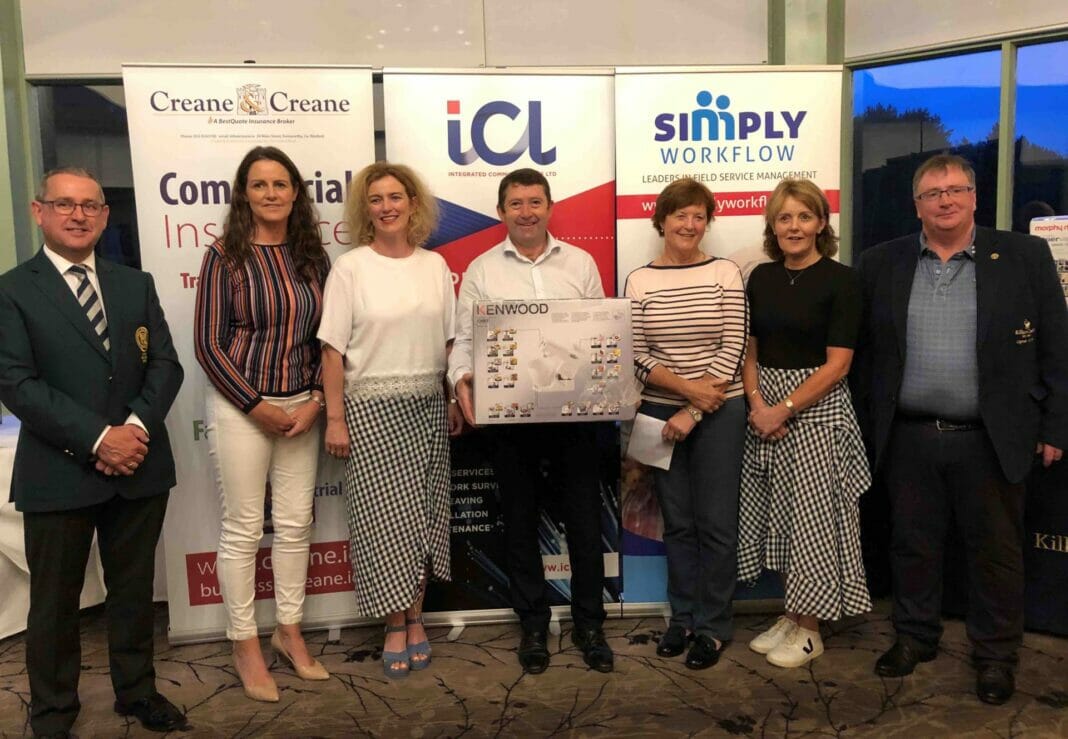 In a decade of fundraising, the Conor O’Dwyer Charity Pro-Am has raised in the region of €250,000 for the Crumlin Hospital for Sick Children.

That takes a fair bit of commitment from everyone involved, so, with that in mind, a ‘bit’ of wet weather wasn’t going to prevent the competitors playing in this year’s event at Kilkea Castle GC.

Nothing worth having comes easy and that certainly was the case this time around as 186 golfers braved the wet and windy weather on Kilkea Castle’s parkland layout where the early morning starters really had the best of the weather, with both Damien McGrane and David Barry taking full advantage.

Both players posted rounds of 67 in very challenging conditions to finish 3 under par, nothing new to McGrane who is currently the holder of the course record at Kilkea, having previously scored a record breaking round of 64.

The deterioration in weather certainly didn’t hamper play in the afternoon session as Colm Moriarty and Richard Kilpatrick both also posted scores of 67, bringing the Pro Am to a 4-way tie.

Aidan O’Sullivan General Manager thanked all the golfers that came out, battled through the challenging weather conditions and supported the Conor O ’Dwyer Charity Pro Am; “CHI at Crumlin (previously Our Lady’s Children’s Hospital) is a most worthy cause and all the funds raised are invaluable to sick children all around Ireland who visit Crumlin each and every day. It is an absolute pleasure for the team here to be able to host such a fantastic and well supported Pro-am.”

Men’s Captain Mick Kelly said; “We are delighted that the Cashman Family have given the opportunity to have the ‘Conor O’Dwyer Charity Pro Am back at its natural home. The course held up fantastically given the conditions”.