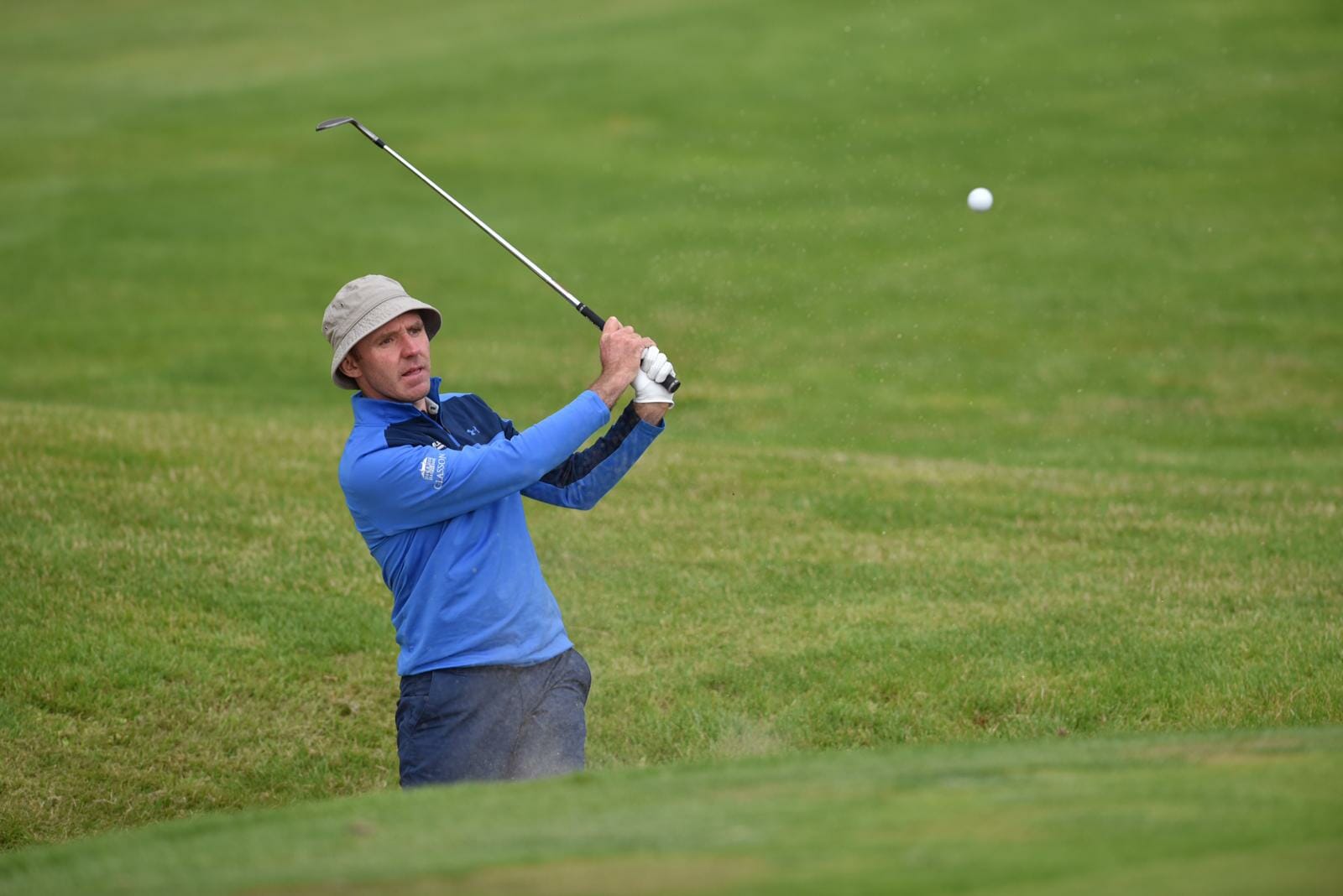 There’s really little more that can be said about Colm Moriarty’s current dominance of the PGA in Ireland tournament scene.

The Glasson professional wrapped up another victory on Saturday in the 36-hole Cairndhu Pro-Am, posting rounds of 65/69 (-6) to beat Neil O’Briain (Old Conna GC) by a single shot.

It was Colm’s third win in four outings, his fourth win in six outings and his sixth overall in 11 events since the start of June.

It wasn’t all plain sailing for the 40-year-old who, after opening in style with a 65, had to battle for his one under par 69 on the second day.

“I started on 10, hit a couple of decent shots but didn’t manage to convert on 10 or 11 and I was really a bit scrappy after that,” he said.

“I birdied the par-three sixth, my 15th, holing a nice putt from 15 feet to get back to one over and then on the ninth, my final hole of the day, my drive finished two feet from the pin for eagle. That was a nice way to finish.”

The team prize was won by Co Armagh GC professional, Lee Campbell, who guided amateurs Nicky McClay, Barry Lyness and Nigel Black to success with a haul of 177 over the two days.