Sugrue makes it three from three in Munster 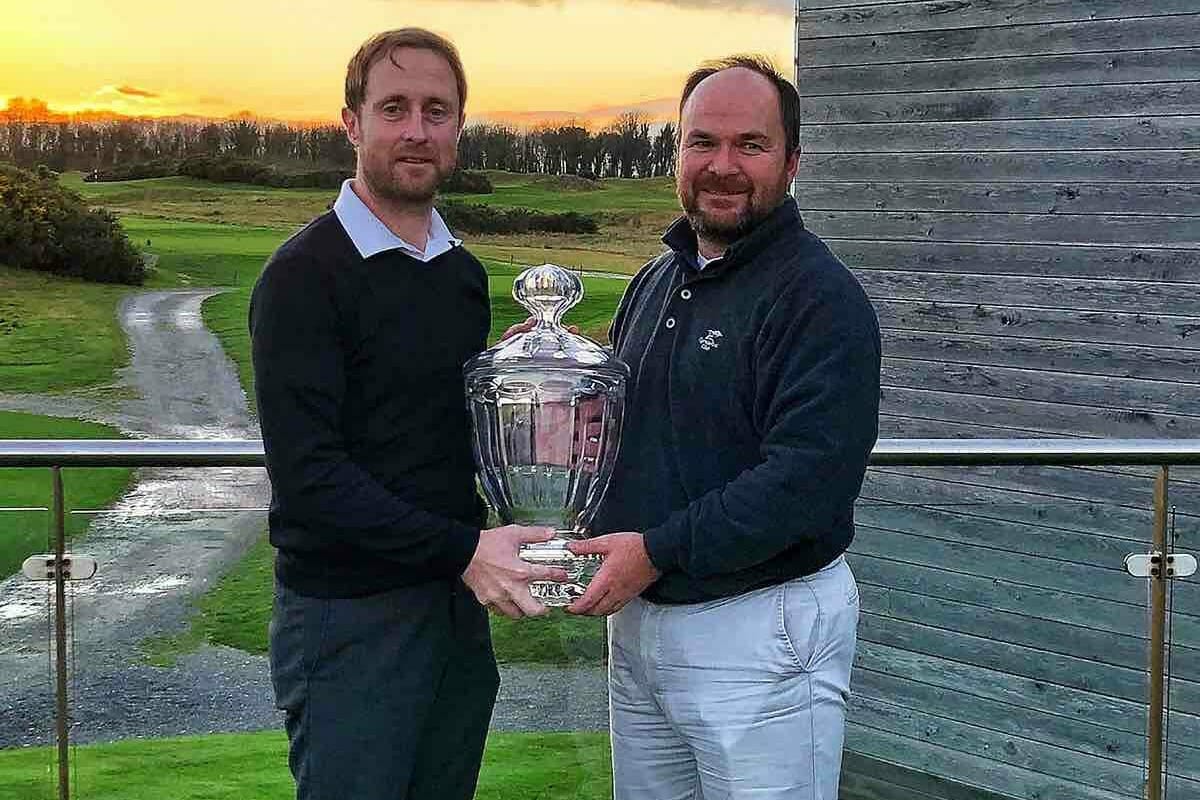 Dan Sugrue made it three from three in Castlemartyr this week when he won the third Munster PGA outing of the 2018 Winter Series.  In fact it was a double for Sugrue as he teamed up with his brother John and Tim Rice to claim the team prize as well.

Sugrue himself had a flawless front nine of 32 with birdies on 4,6,8 and 9 followed by another birdie on 12 and then his only dropped shot on 13 – his first in 49 holes of competitive golf.  His final birdie came on 15 for an inward 35, which gave him a three stroke victory.

David Barry finished in a three-way tie for second place after a round of 70 which started with 3 birdies in the first four, he bogeyed 7 and 11 but birdied 17. Tim Rice was also tied second after a hot start as he birdied 3,7 and 8 to turn in 33, but a bogey on 10 and finishing with 8 pars kept him out of the top spot.

The third player in a tie for second was Cormac Flannery who had a rollercoaster day as he birdied the first, bogeyed 3, then doubled the 5th which included a 2 stroke penalty for playing from the wrong tee but he finished the front nine strongly by eagling the 8th and birdieing 9.  He birdied 12 and 13 with his lone bogey on the back nine coming on the 16th.

On the winning team Dan Sugrue, John Sugrue and Tim Rice had thirteen birdies between them to win the team event by three points in the event hosted by Castlemartyr’s PGA Professional Alan Gleeson.