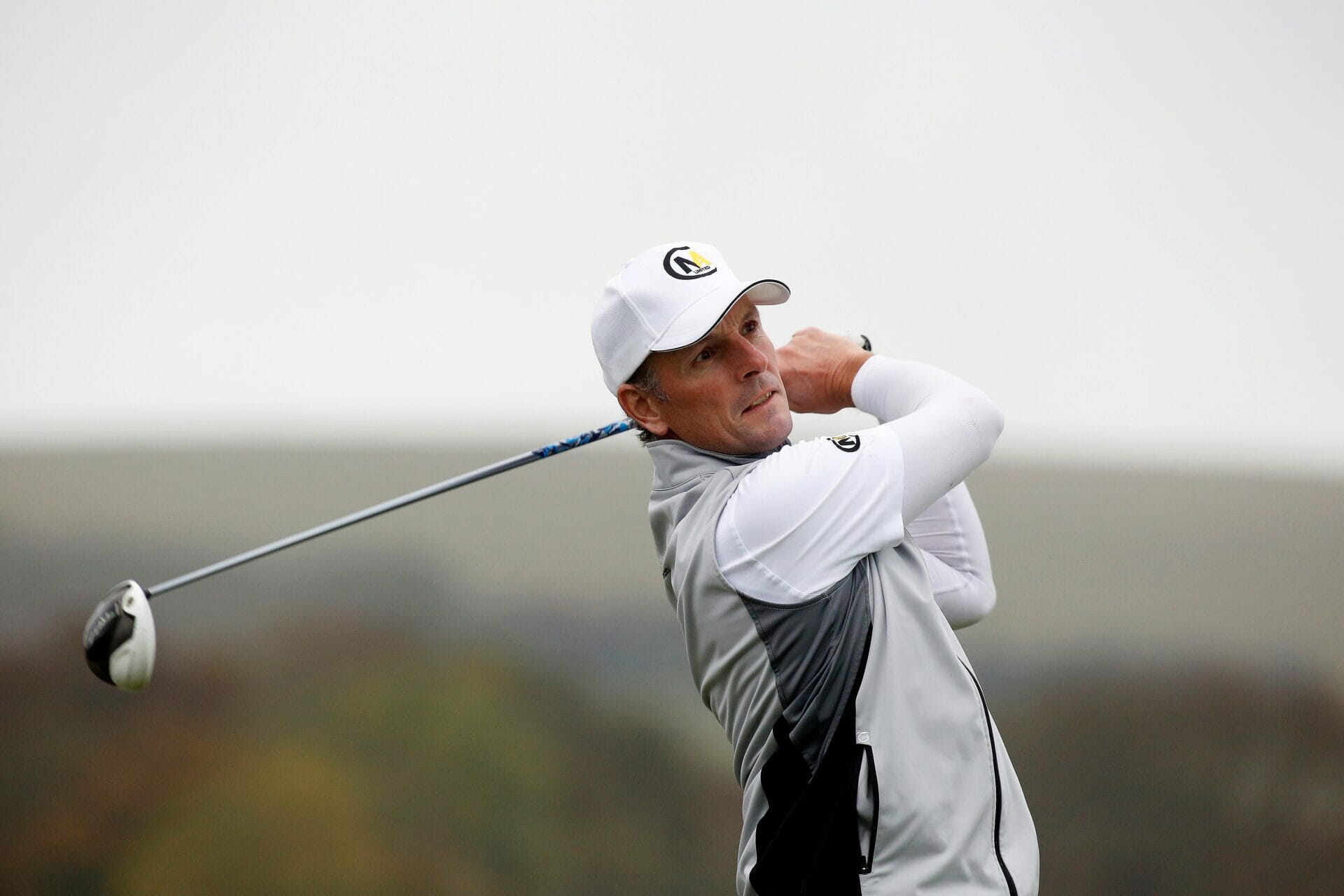 David Higgins fired a five under par 66 to win the St. Annes Pro-Am sponsored by Workday.

The Waterville golfer finished one shot ahead of Shane Jenkinson (St Margaret’s Golf & CC), Eamonn Brady (Clontarf GC), Michael McDermott (Grange GC) and Joe Dillon (Headfort GC).
The 45-year-old made an inauspicious start, dropping a shot at his opening hole of the day, the 10th but he responded in emphatic fashion bagging birdies at the 11th, 13th, 14th, 17th and 18th to reach the turn in four under 32.
“Sometimes the best rounds start with bogey so I just had to keep telling myself that,” said Higgins who topped the leaderboard in 2017 alongside Damien McGrane.

“I have been making silly mistakes for a couple of months, finishing second, third and fourth.
“I just knuckled down and was a bit more focused and I need to do that over the rest of the season.”
Over his closing nine holes, Higgins collected further birdies at the par four second and par three sixth but he dropped a shot at the seventh to come home in one under 34.
Higgins added: “I hit a bad tee shot on the hole that I bogeyed but other than that I played some good solid golf. It was a ‘pet’ day to be fair. As long as you didn’t hit if offline you were going to have mid to short irons into the greens and that suited me right down to the ground.”
Higgins also collected the team prize, leading his amateur partners Don Wallace, Niall Gormilly and Glen Homes to success with 94 points.
The next event on the PGA in Ireland schedule is the 125th Anniversary Warrenpoint Pro-Am in aid of the Southern Area Hospice on August 8th.