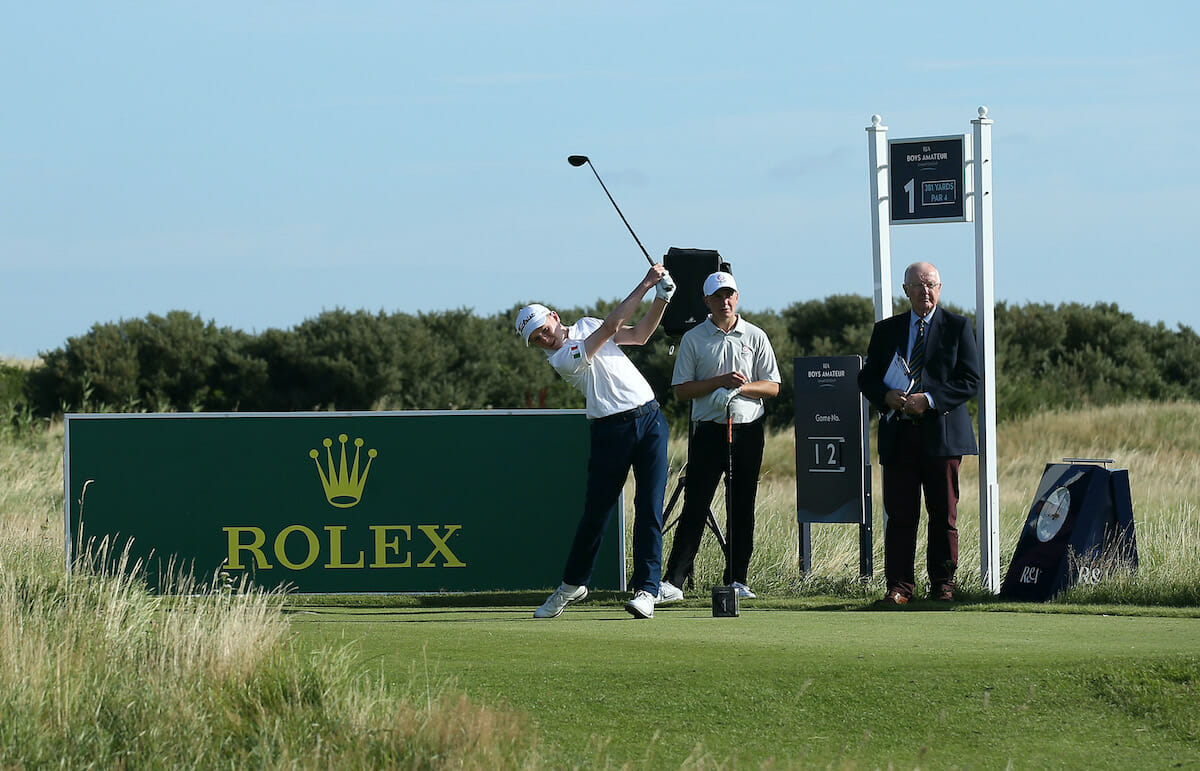 Ireland rounded off their Girls and Boys Home Internationals campaign with a hard fought 12.5-8.5 win over Wales in their final group game as they secured second place in the group in Dundee.

Peter English’s charges recovered from a heavy opening day defeat to eventual winners England with wins over Scotland and Wales in what was a very positive few days for a relatively inexperienced side.

Ireland lost just five singles matches in the afternoon in a run which included winning five out of six that turned the tie in their favour.

Alex King, Fionn Dobbin and Sean Keeling won their early singles ties as did the ever impressive Rekebah Gardner who cemented her place as one of the standout performers of the week with a 4&3 win over Emily James.

Douglas starlet Jack Murphy and Marina Joyce Moreno secured 2&1 and 1UP wins before Sligo’s Aodhagan Brady went down on the 18th.

Knock star Katie Poots, Gavin O’Neill of Malahide and Roscommon’s Olivia Costello all eased to wins in the next three singles matches to give Ireland the victory meaning Charlie Kelly and Darcy Hogg’s losses were irrelevant in the grand scheme of things.

It was a dominant performance in the singles from the girls and boys in green after both sides shared the morning foursomes at 3.5 points apiece.

Rebekah Gardner and Emma Fleming ended the week with 100% records in the foursomes with a 3&2 win over Emily James and Jess Attwell.

There were also wins for Marina Joyce Moreno/Anna Abom and Gavin O’Neill/Darcy Hogg while Jack Murphy and Sean Keeling shared the spoils in the final foursomes match of the morning.

Ireland can certainly hold their heads up high at the end of the week but that first day defeat to England proved crucial as the English romped to the title with a 17-4 thumping of Scotland to win three from three.