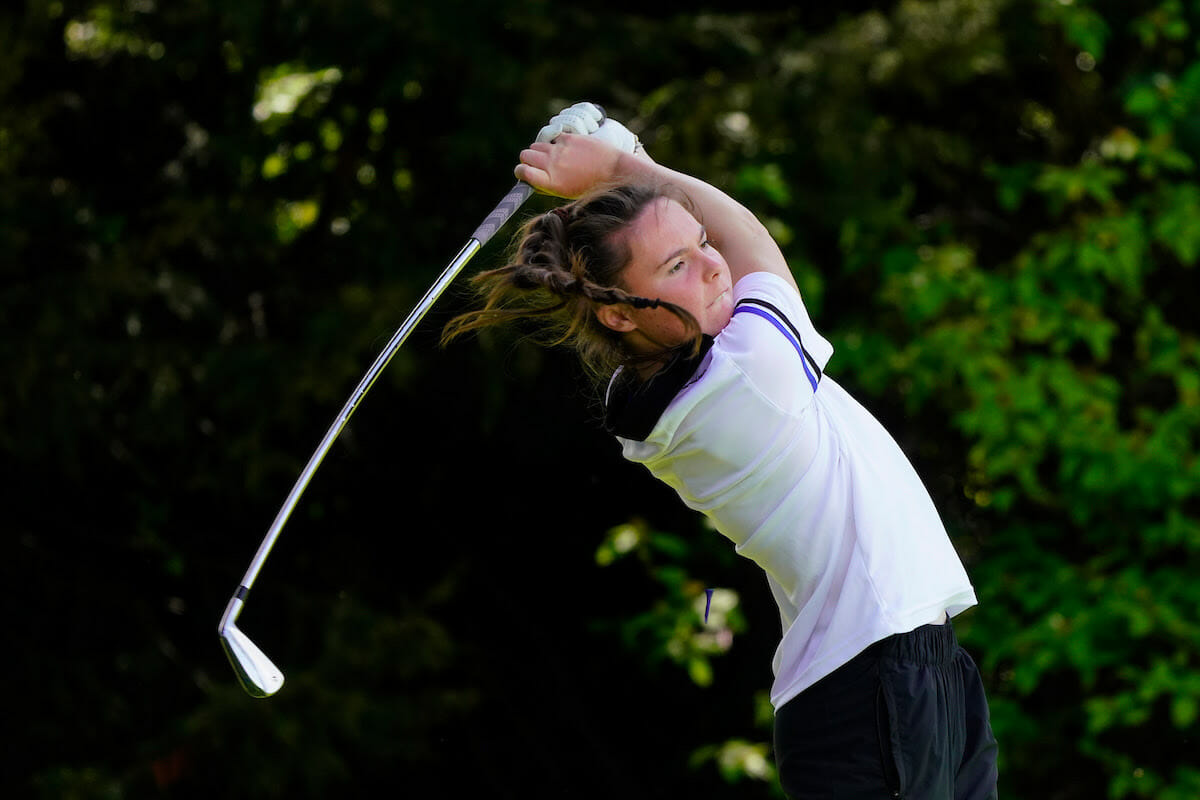 Four players remain in both the Irish Boys’ and Girls’ Championships at Kilkeel Golf Club with semi-final matches set for Friday morning.

‘That was the toughest match I’ve had all year,’ said Coulter of her quarter-final opponent.

‘We’ve been sharing a house this week and have been having great fun, so it was a pity we had to meet at this stage.’

‘I’m chasing 3-in-a-row so that is in the back of my head. It’s tough out there because the pressure is on me to win but the younger girls have no fear. I just have to go out there and get up early. This afternoon I didn’t do that. I’m just relieved now that I got the job done.’

Course strategy at Kilkeel suggests being key, with both Katie Poots (Knock) and Charlie Kelly (Athlone) referencing it after their quarter-final matches.

‘I feel like I had a very strong game plan,’ he said. ‘On the way in Morgan was hitting a few drivers, but I stuck to taking irons off a couple of tees to get it in the fairway and put on a bit of pressure. Game-plan got me through in the end.’

This will be the first time Kelly has reached the semi-finals of a National Boys’ event, but he remains confident in his game and is enjoying the process.

‘I knew going into that match there that Morgan would be tough to beat. It was one of the most enjoyable matches that I’ve ever had. We must have gone about 6 holes going back and forward, it was very enjoyable. Thankfully I managed to win a few holes there on the way in and win.

‘I feel confident going into tomorrow, I’m looking forward to it and whatever happens, happens.’
Coulter will meet Ballykisteen’s Caitlin Shippam tomorrow with leading qualifier Olivia Costello and Poots completing the line-up.

In the boys’ event, Kelly will face Dobbin while Matthew Lynch (Greenore) and Tom Cafferky (Ballinasloe) on the other side of the draw.

Meanwhile, the semi-finals of the Plate matchplay flights will also take place tomorrow morning with all four finals taking place in the afternoon.