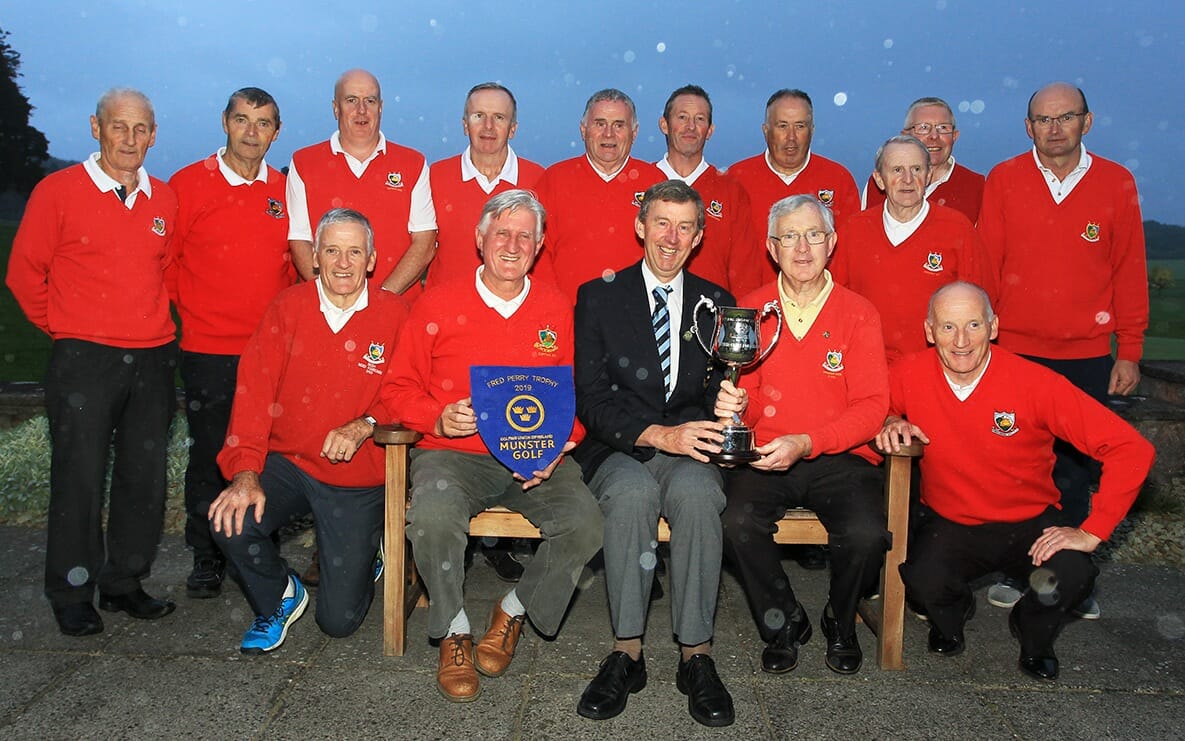 Congratulations to Templemore who became the first Munster winners of the Fred Perry Trophy, overcoming East Cork in an entertaining final.

Cork Golf Club provided the backdrop for the inaugural staging of this new interclub fourball competition with both clubs reached the final after playing five rounds at local and regional level.

Seamus Bourke and Liam Daly won the first match for Templemore, with the first pairing closing out their match on the 16th.  Barry O’Brien and Noel Daly won a point back for East Cork but almost immediately Templemore were back in the lead after Tom McGrath and Bertie Keane won 4&3.

Templemore’s final pairing of Denis Maher and Padraig Moloney had built up a six hole lead but East Cork pegged them back on the back nine.  Eventually the Templemore pressure showed and they won on the 15th green.  That was the third point, and enough to secure the final Munster Pennant of 2019 for the Tipperary club.  The remaining match was called in and the Tipperary club celebrated their win.  They now go on to the national finals at Co Sligo in a few weeks.