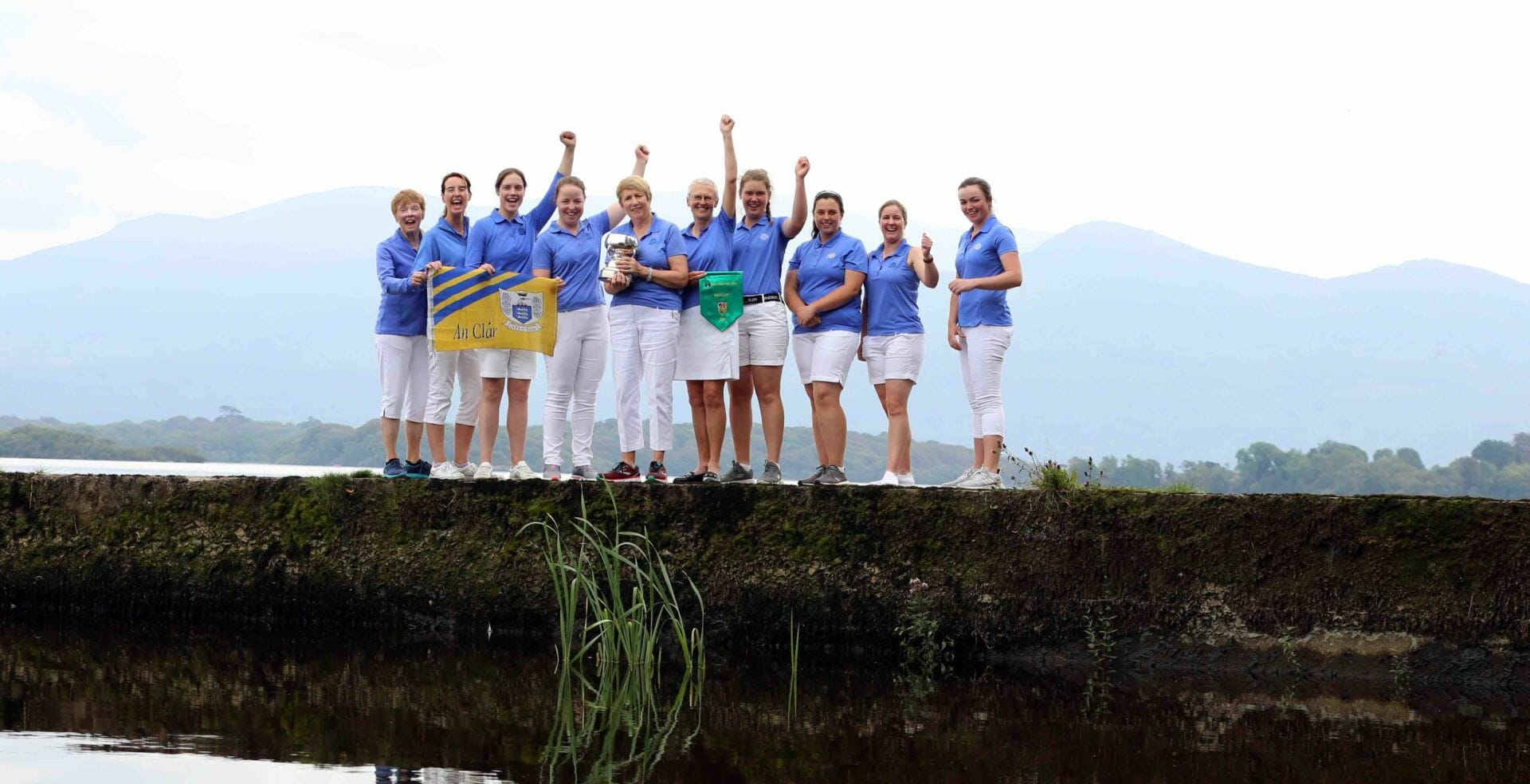 Lahinch have been crowned All-Ireland Senior Cup Champions for the second consecutive year as they defeated the home favourites Killarney on the Killeen Course at Killarney Golf & Fishing Club.

Laytown & Bettystown, Woodbrook, Roscommon, Kilkenny, Lurgan and Royal County Down Ladies all suffered defeats in the quarter and semi-final matches held yesterday to leave the last two All-Ireland Champions to duel for this year’s title.

The Lahinch team, despite missing Girls’ International Aine Donegan, still boasted three of the winning Munster Women’s Interprovincial squad in Sinead Sexton, Aideen Walsh and Sarah Cunningham. However, with home advantage, Killarney who themselves brought a wealth of experienced players remained confident of taking the title.

As it played out, Mairead Martin narrowly overcame her good friend and foursomes partner Annabel Wilson in the semi-final and was first out for the Killarney team. Chloe Ryan returned to the Irish Home International set-up after a year break due to studies and would be Martin’s counterpart. A 3&2 victory for Ryan sent a message back through the matches as Sexton also banked a point against Kelly Brotherton shortly afterwards.

Tracy Eakin did get the better of Aideen Walsh but when Girls’ Interprovincial Niamh O’Dwyer beat Killarney’s Lady Captain Mary Sheehy with an eagle on the 16th, their title as 2019 All-Ireland Senior Cup Champions was confirmed.

“Everyone is so happy to win again this year,” said Ryan who will miss tonight’s celebrations to travel back to London where she is training to become a solicitor. ‘Myself and Mairead had a great match today, we’d 16 birdies between us. I wasn’t part of the team who won last year but I’ve been a member of Lahinch since I was 16 so I am delighted to have played this year and help the team get over the line.’