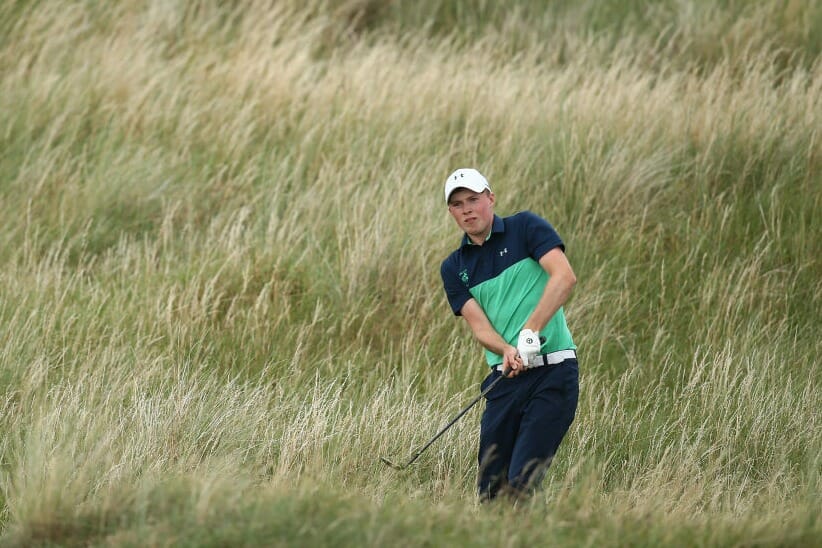 Three Irish players claimed top-10 finishes as the GUI squad finished up their winter trip to the Southern Hemisphere at the South African Amateur Strokeplay at De Zalze Golf Club.

In the end it was Kilkenny’s Mark Power who took home the best of the Irish gong as the 18-year old returned a five-under par 67 to finish the tournament in a share of 3rd place on 12-under par.

That was one shot better than Portmarnock’s Conor Purcell who bagged a share of 5th spot with a four-under par 68 to close out another brilliant week for the youngster.
James Sugrue claimed outright 9th position on nine-under par after the Mallow man ground out an even par effort this afternoon.

Dundalk’s Caolan Raffery signed off with a one-under 71 to graB a share of 11th spot on minus-seven to follow up his semi-final finish in the matchplay last week.
Naas’ Robert Brazill finished like a train with a four-under par 68 to take a share of 16th place on six-under with Galway’s Ronan Mullarney (75) ending his week in a tie for 35th at two-under, two shots better than Balbriggan’s Robbie Cannon (74) who finished in a share of 45th at even par.

Castle’s Peter McKeever closed out his week with a six-over 78 and a 12-over par total.
In-all, nine members of the GUI panel travelled for what’s sure to prove a very worthwhile trip as the season enters full swing over the coming weeks.