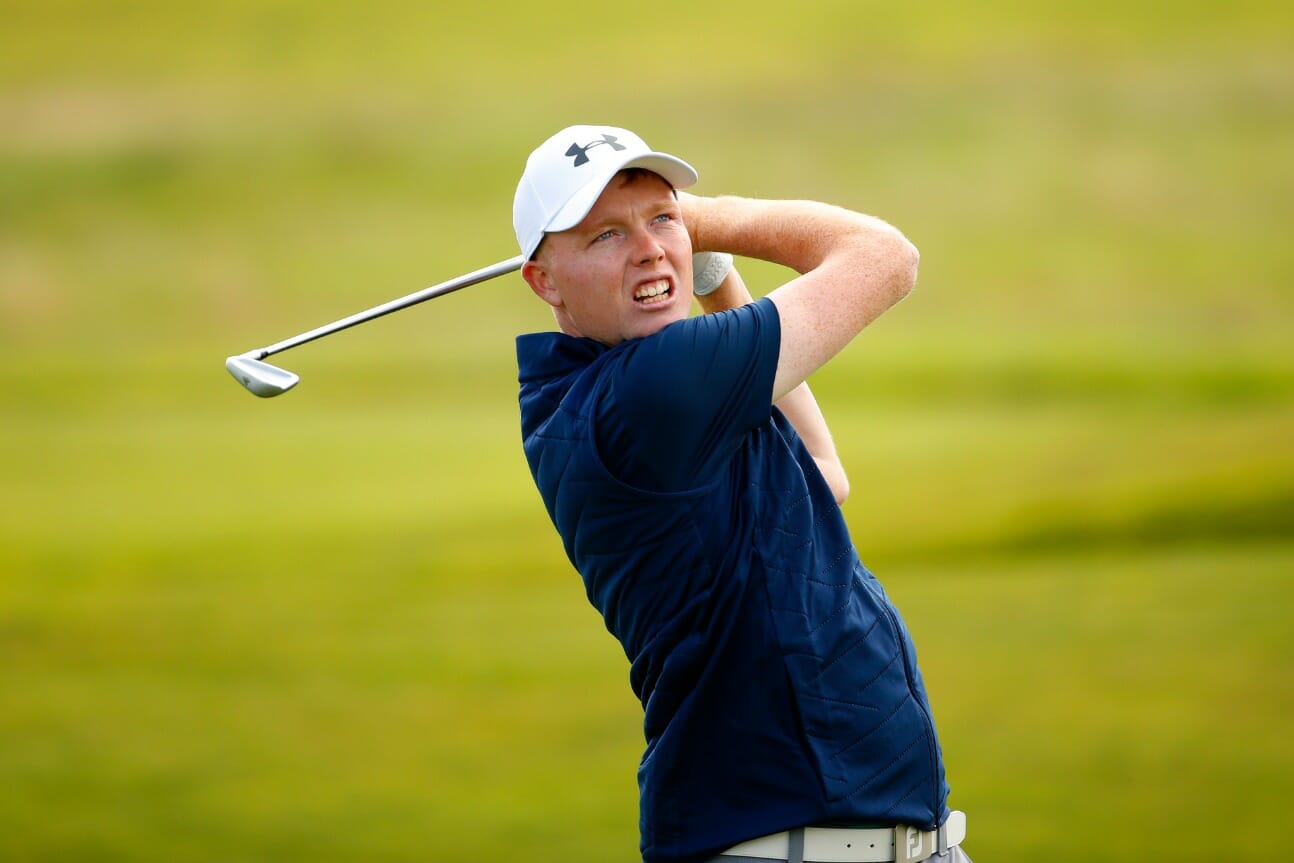 Making it to the World Amateur Team Championship usually means a trip across the globe. From Japan in 2014, where Ireland presented a bid to become hosts, the WATC moved to Mexico two years ago. In 2018, the championship has travelled to Irish shores for the first time, 60 years after the first staging of the Eisenhower Trophy for men at St Andrews.

Dawson is more familiar with Carton than most having spent four years, at Maynooth University, playing the O’Meara and Montgomerie courses on alternate weeks, they being the home courses for the college golf team.

“It’s going to feel like a back garden event, which I feel is going to stand to me,” says Dawson, who has been playing Carton regularly since 2013 when he made the move to college in Maynooth.

The 22-year-old from Tramore, Co Waterford has been on a high for most of this season. He captured his first men’s championship at Royal County Down in May when winning the Flogas Irish Amateur Open by four shots. Runner-up at The Amateur Championship, where he was beaten by Jovan Rebula who plays for South Africa this week, Dawson was second again at the European Individual.
Most recently, he finished inside the top 10 at the Scottish Amateur in Gleneagles, carding a course record 63 in round three on the King’s Course. His teammate, Conor Purcell, was second in Scotland, all of which bodes well for Ireland at Carton.

“We need a lot of things to fall into place for us but we’ve three lads playing well,” says Dawson, assessing Ireland’s chances. “There’s no reason why we can’t be up there next Saturday. We’ll just have to wait and see.”
Kinsale’s John Murphy, winner of the St Andrews Links Trophy, completes the home team line-up. The tournament gets underway on Wednesday and the hosts will be hoping to match or better the bronze-medal position achieved last time out in Mexico.

The World Amateur Team Championships are being hosted by the ILGU and GUI with support from Sport Ireland.