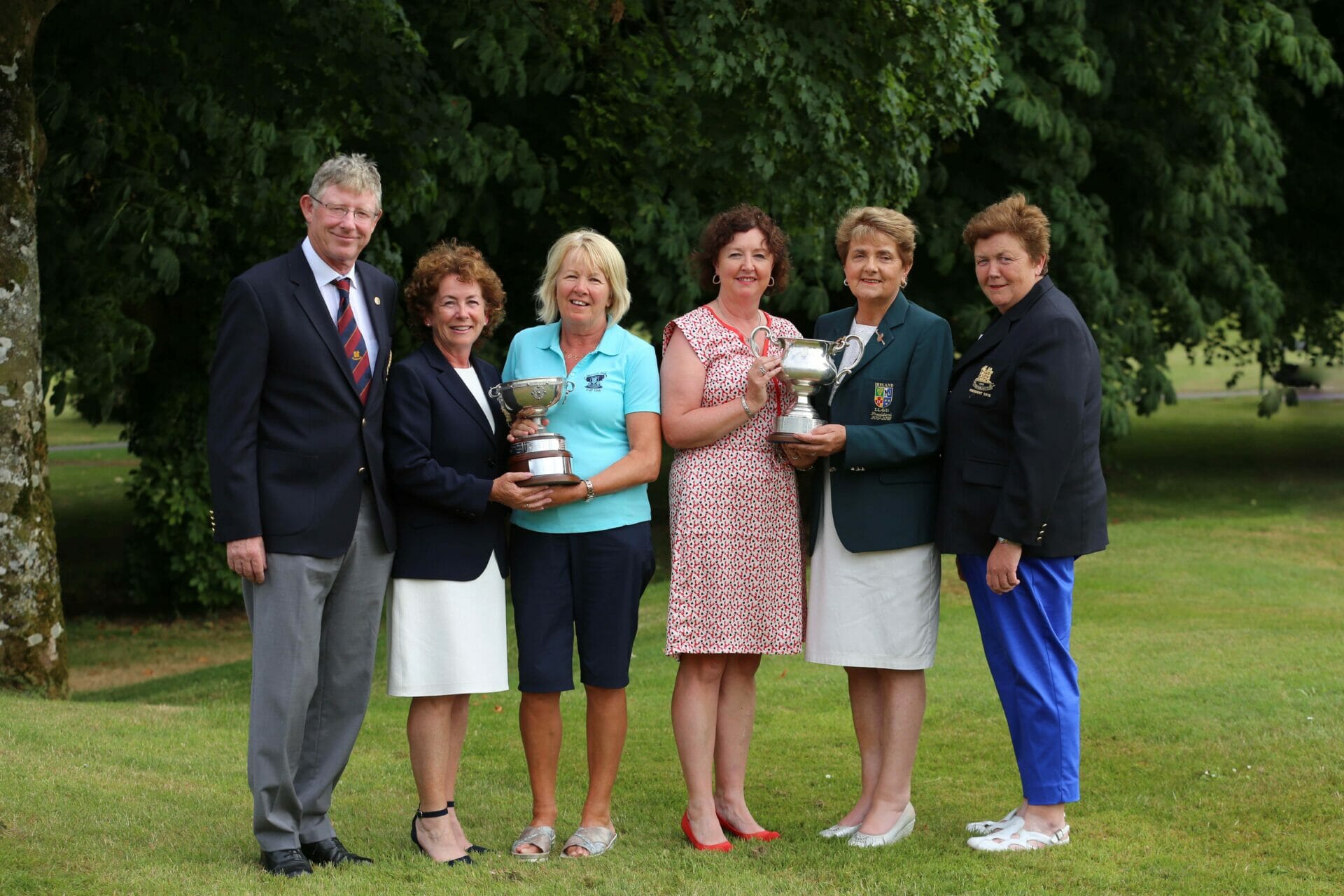 The Portumna golfer won the first hole at Monkstown to take an early lead against The Heath’s Catherine Reilly but didn’t have it all her own way on the front nine.
No matter how hard she tried, Corcoran couldn’t extend the advantage and it was Reilly who got the match back to all square by the turn.  Corcoran however remained steely and turned the match around again to be 2UP by the 13th.  The experienced campaigner never looked back from there to win out 3 and 2 and retain her trophy.

In the Plate, Jean Scanlon got her hands on the Shirley MacDonald Trophy after battling it out with Royal County Down Ladies’ Kate Evans.
Newcastle West’s Scanlon stuck to her guns to eventually overcome her gutsy challenger 2UP on the back nine.
Final results from Monkstown: