Keating on song to win Irish U16 title at Castle Dargan 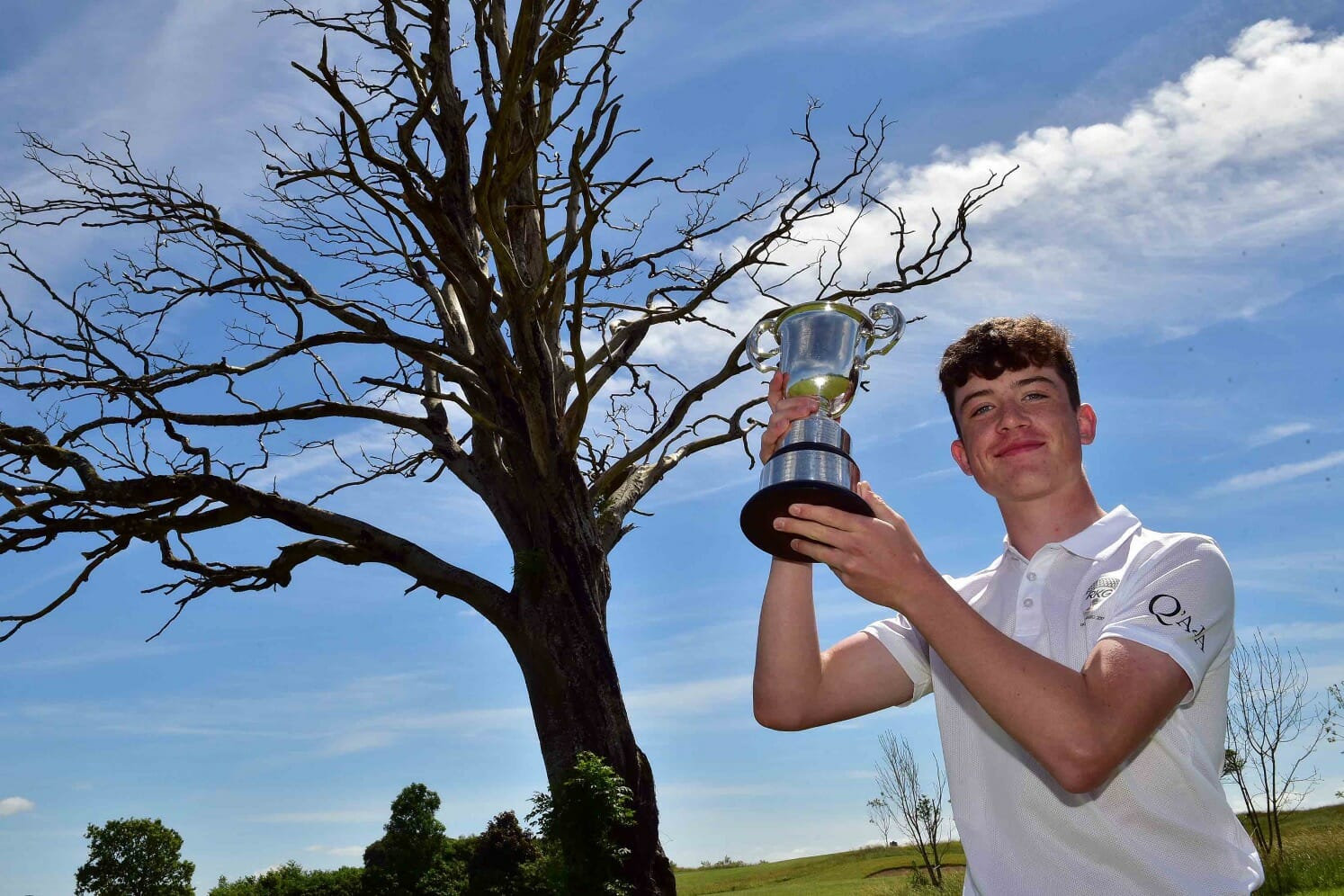 Trailing overnight by fours strokes, Seapoint’s Dylan Keating carded a final round 70 (-2) and overcame the deficit to win the Irish Boys U16 Championship at Castle Dargan.

Keating, 16, was behind Josh Black going into the final round but it was only on the back nine that the Seapoint teenager took control. Birdies at 13 and 15 moved Keating to three under par while Black went in the opposite direction with a double bogey at 14.

Suddenly, Keating found himself one shot clear and his advantage increased over the closing stretch as Black dropped four more shots and Keating could afford to bogey two of his last three holes and still win by three.

Having recently completed his Junior Certificate, Keating finished with full marks at Castle Dargan, the only player in red figures after 54 holes.

“It’s great to get it,” said Keating after his round. “I didn’t think I was going to get it. I had a solid back nine. Josh made a few mistakes and I capitalised.”

Black had led the tournament for two rounds and was still in the clear with five holes to play. Keating had just holed for birdie from five feet at the par-three 13th to get within two but his drive went astray on 14.

“I was in the hay and I had to chop out,” he explained. “I then had 56 yards left and I hit my wedge to a foot. Josh just went over the back of the green with his second shot and he had an impossible up and down from there.”

While Keating tapped in for par, Black ran up a double bogey and just like that, his lead had vanished. The momentum was with Keating now and he holed another short birdie putt at 15 to hit the front.

Both players made bogey at 16 but another double for Black at the next scuppered his chances. Keating finished par-bogey to complete his victory.

“I was hoping for the win but I thought it was a bit too much of a climb,” said Keating recounting his thoughts at the start of the day. “I couldn’t get it going yesterday and I was really annoyed at the end of my round. I had that fire in my belly today and I felt I could really shoot something.”

Four under through 15 holes, Keating was true to his word. And after a string of runner-up finishes, it was sweet to finally finish as number one.

“I didn’t think I was ever going to win. I was expecting another second,” said Keating, who had a Spanish exam to contend with on Tuesday morning at Dundalk Grammar before making the three-hour journey to Castle Dargan with his father, Gary.

“I played a practice round with my dad and that was a big help,” Dylan explained. So too his quality driving, which put him in position to score consistently throughout the week. In three rounds, he made 14 birdies and one eagle. His work with coach, Shane O’Grady, over the last two seasons has paid rich dividends.

Next for Keating is the Irish Boys Open at Belvoir Park when he will step up to under 18 level. For the moment, the Louth teenager can savour his first major success.

Mel Deasy from Bantry Bay closed with a round of 71 to finish third overall on plus two. Deasy also took the prize for the leading under-15 player.