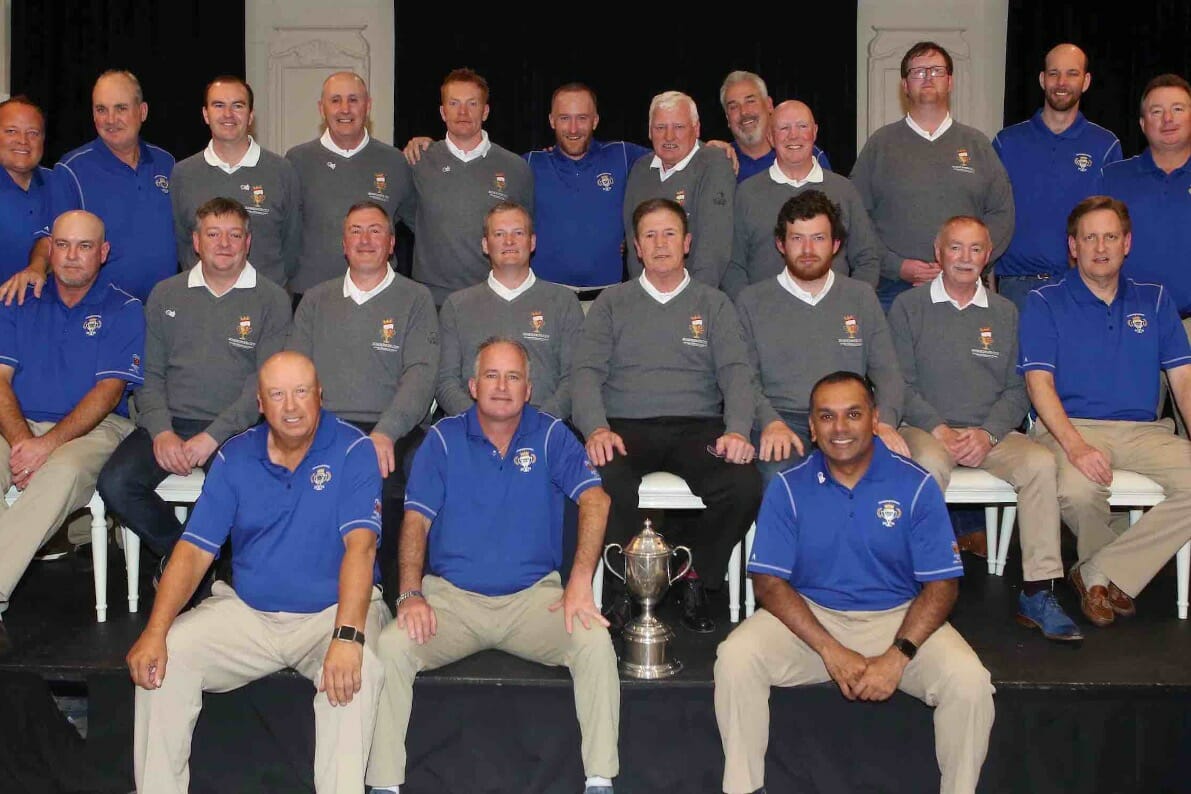 Warrenpoint duo, Ryan Gribben and David Barron will hit the opening tee shots for Team Ireland this morning on day one of the International King’s Cup at Lough Erne Resort.

This year, 12-man teams (6 pairs) of club golfers from Ireland and the USA will go head-to-head over the Sir Nick Faldo designed course in Co. Fermanagh.

This is the third staging of the event with Team Ireland chasing a hat-trick of victories. The team was formulated following a series of qualifying events at Westport GC, Lough Erne, Ennis GC and Dunmurry Springs.

Under King’s Cup rules, players receive two points for a hole won, one point each for a hole halved and nothing for a lost hole. Days one and two will be played as fourball better ball, with day three featuring a series of 12 singles matches. The first team to reach 433 points will lift the King’s Cup trophy.

Both teams are staying on-site at the Lough Erne Resort, with full access to The Golf Academy, receive specially commissioned outerwear courtesy of Glenmuir and attend two Gala dinners as part of the event.