Fred Perry, the man who guided generations of Irish golfers through the highs and lows of championship golf and often made them weep with laughter, will no longer point the way.

His unexpected death (Saturday 3rd March) at the age of 84 brings an end to five decades of unbroken tenure with the Golfing Union of Ireland. In that time he served as President – as far back as 1982 – and was a trustee to the present day but his prominence had little to do with pomp and ceremony. Until the very end, he remained a loyal and steadfast servant of the game he loved so well.

“Fred was a one off,” said GUI President John Moloughney. “He was committed to golf and the ethos of the game. He was a father figure in Irish golf.”

Perry rose to the highest office within Irish amateur golf all of 36 years ago, serving as GUI President during the year of the last great snow storm to beset Ireland. His immense stature stemmed from his unparalleled commitment to the game.

Pat Finn, CEO of the GUI said: “Fred was a guiding light who embodied the spirit and values of the game of golf. He had an innate sense of what was right for the GUI and he selflessly dedicated so much of his time to make the Union stronger.  He was a great friend whose support was unwavering. I’ll dearly miss his wise words and spirited company.”

In his 85th year Perry was appointed Convenor of the GUI’s Constitution Review Committee and was due to chair a meeting this Wednesday.

“He was a great worker for golf and always a big advocate for junior golf,” Moloughney reflected. “He served so many roles in golf. He never shied away from work. He is a massive loss.”

Like so many, Moloughney first encountered Perry at the West of Ireland. For 40 years, from 1977, Perry served on the championship committee at the West. Tough but fair minded, ever present yet always on the move, Perry became the face of that tournament, his distinctive features unmistakeable even in the harshest Atlantic squall. 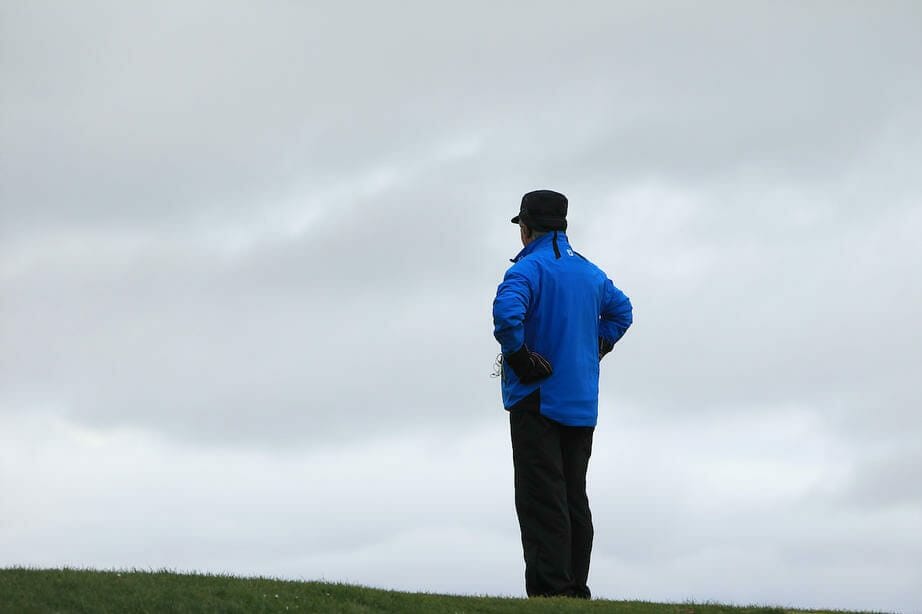 First elected in 1974, Perry was proud to be the longest serving member of the GUI’s Central Council. After 43 years, he was still going strong in 2018 and spent time during the last week of his life rescheduling a meeting of the GUI’s Constitution Review Committee. He had previously served as Convenor of that committee from 2009 to 2012 and before that he had convened the all-important Venues and Fixtures Committee from 2005 to 2008.

For those who only encountered him on the golf course, it would have been hard to imagine the scale of his workload. And you had to be present at committee meetings to appreciate the energy he brought to each of his roles. Deep down, beneath a façade which could be gruff or stern and just as quickly turn mischievous, there was no mistaking the fact that he cared deeply about golf and the golfing union.

Originally from Bunclody, Co Wexford Perry moved west in 1953 and settled in Boyle, Co Roscommon where he later opened a supermarket. Later, he worked on the road as a sales representative having sold his shop. His appetite for work was extraordinary and in everything that he did, he gave everything of himself, most especially with wife and family, to whom he was devoted.

Outside of work and home life, golf was all consuming. And he was no bad player, sharp around the greens and a fierce competitor. It was as a volunteer that he distinguished himself.

“He was the most selfless blazer I ever met,” said golf writer Dermot Gilleece, whose memories of Perry stretch back further than most. Just a month ago Gilleece was in conversation with Perry for a book about the West of Ireland, which is due to be published later this year.
Perry proudly recalled that during his 40 years on the championship committee: “I never missed a meeting.”
Perry told Gilleece: “I enjoyed every bit of it.”
Perry would emerge from the links at some point during the day, invariably appearing in the clubhouse looking like a drowned rat.
“He did his job like no other blazer would do,” said Gilleece. “The game and the players came first with Fred.”

Not surprisingly, Perry’s proudest moments were on the course. In 2005, he refereed the Irish Amateur Close Final at Westport, which was the first of Rory McIlroy’s two victories.

It would not be Fred if there was not some humour in the telling of his story. Gilleece can still recall a trip to Iceland for the European Junior Team Championship of 1981. Perry, in his capacity as President-Elect, attended alongside GUI President John McInerney.

Gilleece writes: “They were enjoying a leisurely game of golf on the nine-hole Ness course, perched on a peninsula about seven kilometres from the Icelandic capital.
Suddenly, the air was rent with a strange bird cry. At first, it sounded not unlike a common seagull. The intrepid GUI adventurers became somewhat concerned, however, when it was accompanied by a rapid rat-tat-tat, like the sound a woodpecker might make. Then the birds came swooping down like an eagle on its prey. And it was only through some extremely adroit footwork and wild swinging of a mid-iron by Perry, that injury to both officials was averted.”

At championships, Perry earned renown for his wit. As Dave Scully recounted in a post on social media: “I remember a time when he was helping us look for my ball and he found it. I asked him: ‘Would I get a driver at it Fred?’ He said: ‘You wouldn’t get a JCB at it!’

As deeply as he cared about the game and the people who played it, Fred Perry never regarded himself too seriously, which endeared him all the more. He lived a life that was full and never dull. And he will live on in the hearts and minds of those who held him dear.

Unexpectedly. Sadly missed by his loving wife and family. Reposing at his residence on Monday evening from 4pm until 7pm. Removal from his residence on Tuesday at 1.30pm, arriving for service at 2pm in the Church of Ireland, Boyle.