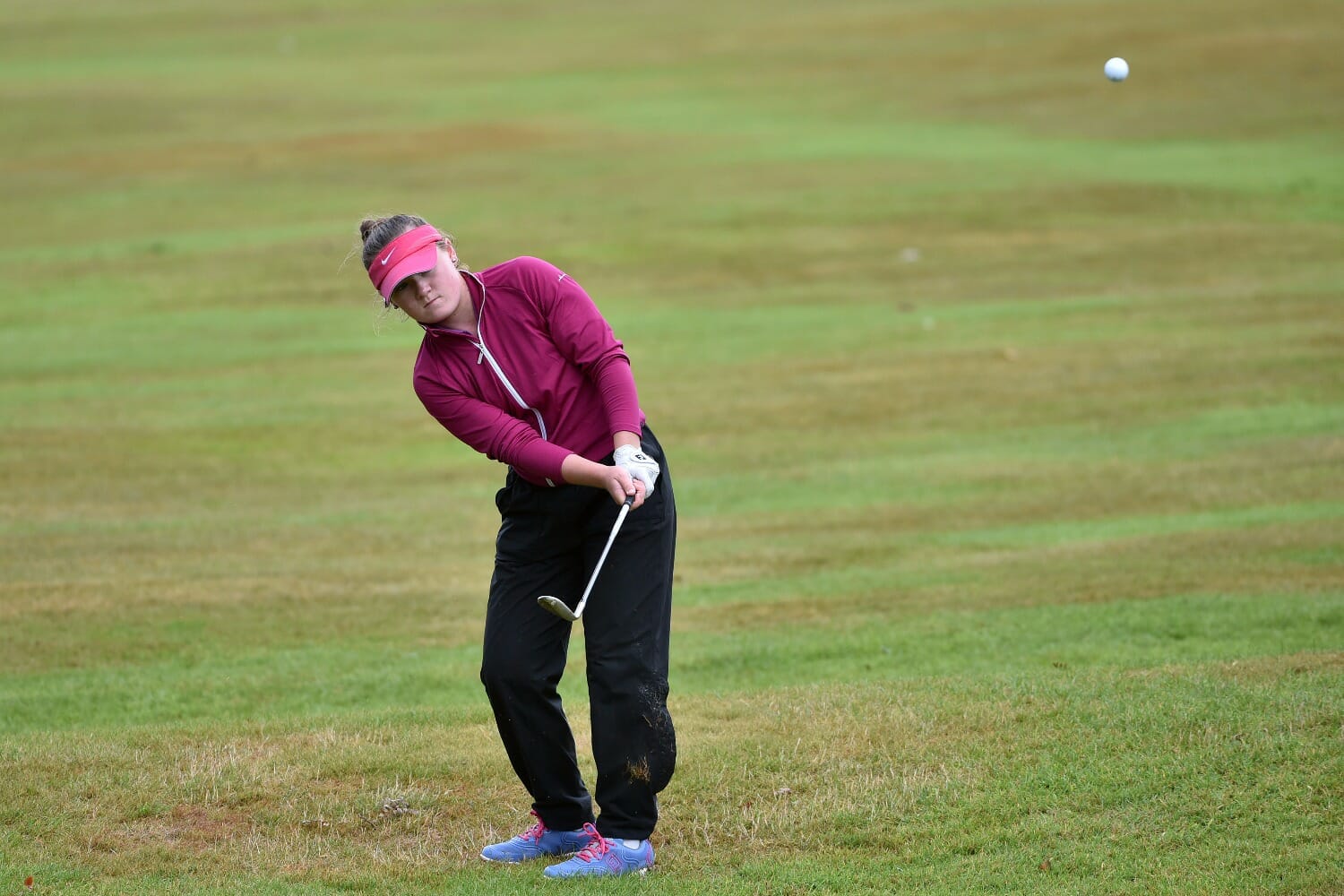 The Final Four are set for the semi-finals of the Irish Girls’ Close Championship at Mallow Golf Club.

Five of this morning’s 8 Championship matches finished on 18 or went to extra holes. Leading qualifier Rachel Thompson (Cork) and Emma Forbes (Royal Portrush) were the first match to go down the 19th. Thompson progressed to the quarter finals when she made par on the first extra hole while Forbes, who had found trouble off the tee, bogeyed. Maeve Rooney (Co. Sligo) was also successful on the 19th while Valerie Clancy (Killarney) and Nicole Joyce Moreno (Llavaneras Barcelona) won their matches on the 18th.

One of the favourites at the beginning of the week, Lauren Walsh (Castlewarden) who has shown great form of late, winning the Leinster Girls’ Championship at Seapoint and qualifying in the top 20 at the Girls’ European Team Championships, bowed out to Beth Coulter in this morning’s last 16 matches. Walsh was ahead for most of the front 9 when Coulter turned up the heat and fired 4 birdies and an eagle on the back 9 to win the match by 1 hole. “It was such a good match, I can’t really be disappointed with the result, I was 3 under and got beaten on 18 so there’s nothing much you can do,” said Walsh post round.

The Plate produced some more close calls, none less than the match between Shannon Hegarty (Ennis) and Leah Temple-Lang (Elm Park) which went in the South Dubliner’s favour on the 20th hole.

The weather closed in for the afternoon matches and conditions proved very difficult. Kanturk’s Mairead Martin was the first to progress to the semi-finals by winning over Nicole Joyce Moreno 4&3. Thompson closely followed when her match versus Georgia Carr (Milltown) was finalised on the 17th green. Canice Screene (Hermitage) went 2up with 6 to play against Clancy, but the Killarney girl won the next 2 holes to level the match. Clancy was 1up standing on the first tee and although she missed the green a bogey was enough for the half and a place in the semi-final. The fourth quarter final match between Beth Coulter and Maeve Rooney needed 19 holes to be decided. Coulter holed a 6-foot putt on the 18th but a clutch birdie from Rooney on the 19th confirmed the win, her 2nd on the same hole today, and finalised the quartet who will compete on the last day at Mallow.

Tomorrows semi-finals matches will be followed by the Plate Final at 13:10 and the Championship Final at 13:20.