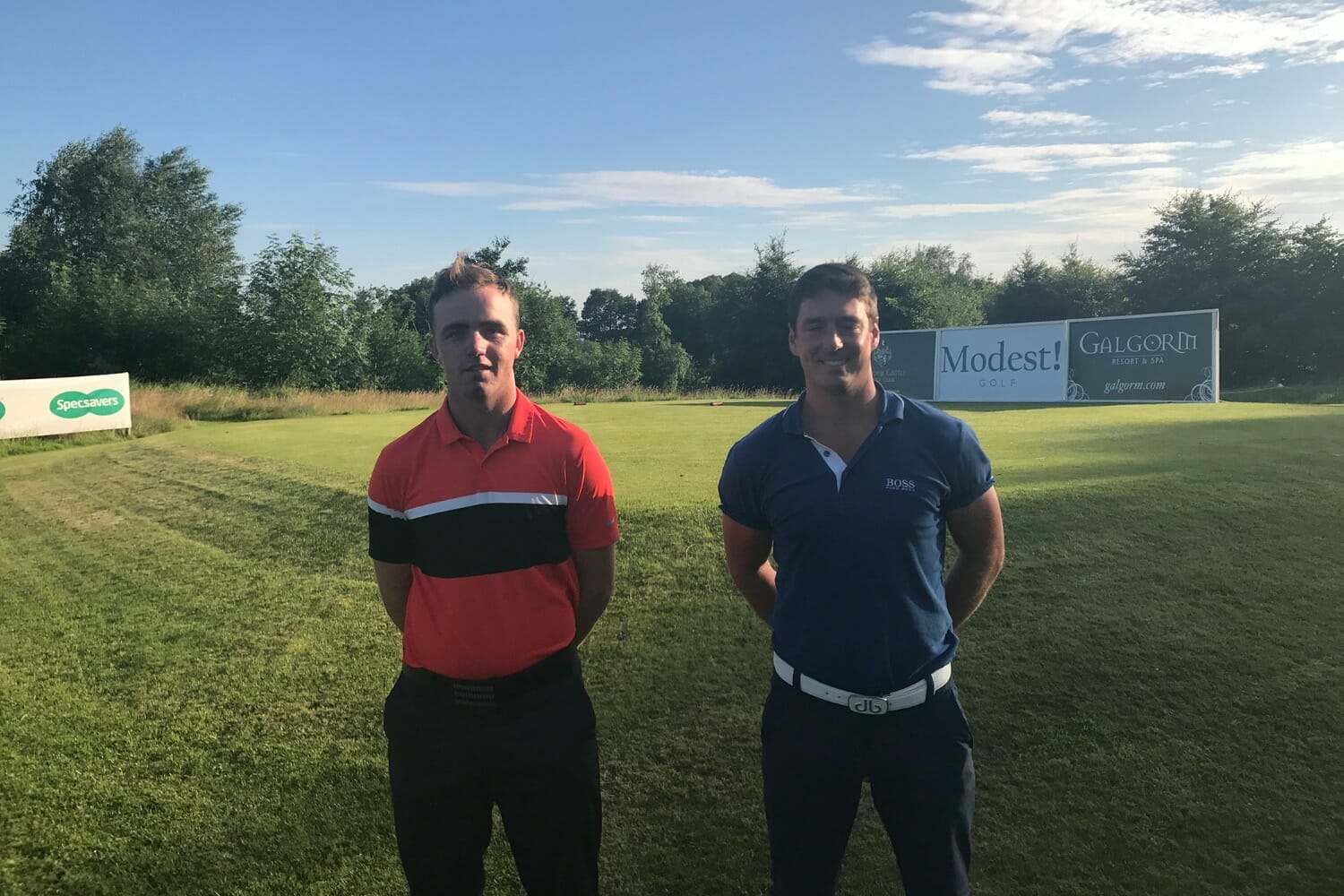 The Belfast native shot rounds of 72 and 74 to tie on four-over 146 with McLarnon (77, 69) and Mulligan (69,77). After defeat in Friday’s North of Ireland Championship final to Rowan Lester at Royal Portrush, Fairweather was delighted to get over the line, though he didn’t make things easy for himself in testing, windy conditions at the Ballymena venue.

Fairweather was leading by one playing the final hole in the 36-hole strokeplay event but lost his ball off the tee. The 26-year-old eventually made a bogey six at the par five to force a play-off with Massereene’s McLarnon and Mulligan from Laytown & Bettystown.

The new champion didn’t make the same mistake in sudden death after hitting a long drive down the fairway before firing a seven-iron onto the green to set up a two-putt birdie from 20 feet. McLarnon missed a five-footer for his birdie, while Mulligan lost a ball off the tee, and though he still managed a par it was Fairweather who took the spoils.

“My putting wasn’t up to scratch but I struck the ball very well and still managed to get it round. I’m over the moon to win here today and claim a place in the NI Open,” said Fairweather, who will now tee it up alongside the professionals in the Galgorm Resort & Spa Northern Ireland Open presented by Modest! Golf when the action gets underway from August 10-13.

Although Mulligan lost out in the playoff, the 17-year-old had already secured the second NI Open place up for grabs courtesy of Modest! Golf’s invite for the leading under-18 player.

“It’s great, I came here to secure the under-18 invite and a massive thanks to Modest! Golf for the opportunity,” said the Leinster player, who also represented Great Britain and Ireland in the Jacques Leglise Trophy in 2016.

“I had a poor second round but am delighted to have earned my place in the NI Open and I can’t wait to play here again in a few weeks.”

Entry to the NI Open is free, simply register online at www.niopen.golf. This year’s event introduces the exciting new Shootout Sunday knockout format, which is sure to provide plenty of drama for the players and spectators.