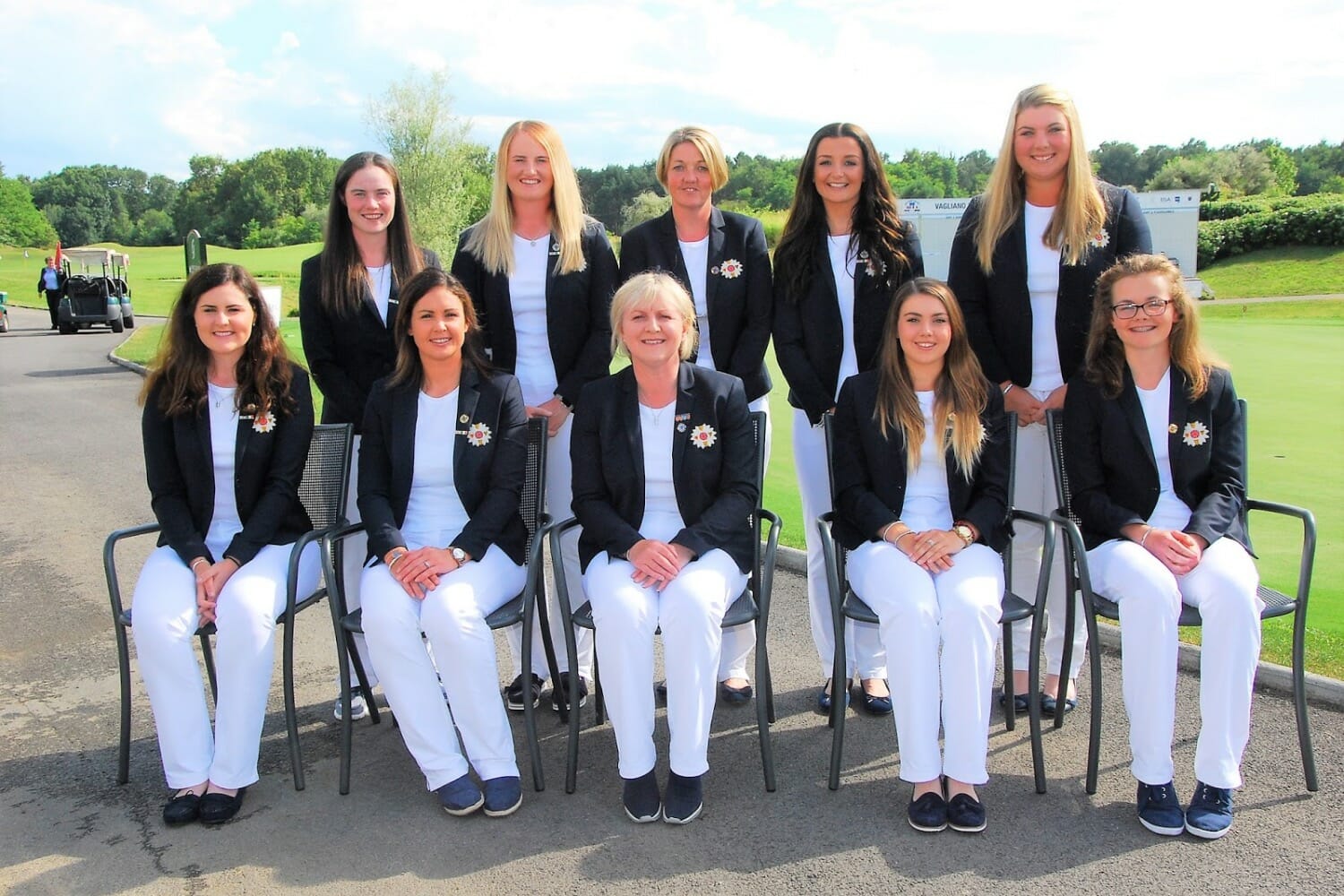 Unfortunately it was another mixed day for the Irish representatives at the Vagliano Trophy in Italy today.

In the morning foursomes Continent of Europe took all four points on offer and moved into a 10-6 lead heading into the afternoon singles and it wasn’t a great morning for the Irish contingent with Leona Maguire & Olivia Mehaffey beaten 3&2 by Matilda Castren and Morgane Metraux. Maria Dunne & Annabel Wilson were paired together again and unfortunately suffered another heavy defeat, going down 6&4 to Linea Strom and Julia Engstrom.

And so the match moved to the afternoon singles where GB&I needed a big afternoon to try and stop Continent of Europe from winning their 6th Trophy in a row.  Unfortunately Continent of Europe took charge with Leona Maguire going down by one hole to Elena Virginia Carta in the top match to make the gap 5 points.  Olivia Mehaffey won by one hole against Matilda Castren to pull one back for GB&I but with Julia Engstrom defeating Alice Hewson the European Team had reached the threshold (12 points) to retain the Vagliano Trophy.

Shortly afterwards, Annabel Wilson was beaten 3&2 by Puk Lynn Thomson to extend the European lead to 13-8 and mean that they won the Trophy outright while Maria Dunne was beaten 2&1 by Dewi Weber.

The Continent of Europe team eventually ran out 15-8 winners.