Is slow play ruining your enjoyment of the game? 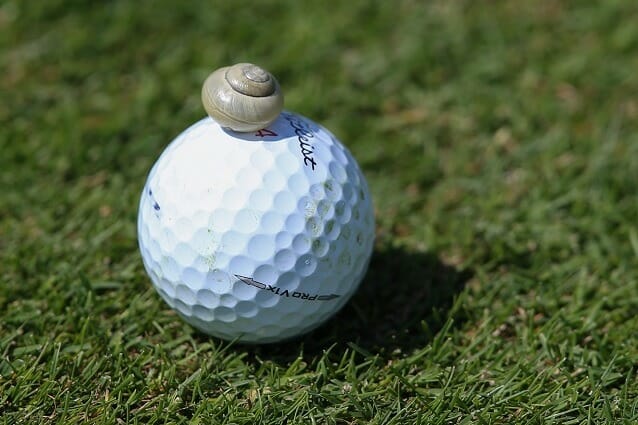 Following the success of their Handicap Awareness month campaign in March the GUI have undertaken a Pace of Play week this week (Monday 3rd April – Sunday 9th April) another subject many golfers will be very happy to see addressed.

With no fixed time for a game — unlike many field sports — the duration of a round of golf depends on how long it takes golfers to negotiate 18 holes, a subject the GUI have studied in some depth at the Irish Amateur Open Championship over the last few years.

“At the time, the standard practice at an amateur golf championship was to focus on the challenge in setting up the golf course, rather than the risks of positioning tees and pins in certain places.”

From 2012 onwards, the Committee in charge of the Irish Amateur saw rounds times improve with a more benign course set-up — but also by adopting practices more rooted in traffic management.

“We changed the tee time intervals from nine to 11 minutes,” says Wehrly. “I think this was probably the most important change, because it allowed all of the groups to keep moving around the golf course without delay. It’s basic traffic management — like putting cars onto a motorway a few at a time rather than a lot at once and expecting them all to drive at least 100km/hr.”

“In the past, complaints about slow play often focused on the behaviour of players. While some players can improve the time they take to prepare for a shot, or the time they move between shots, they also need to have the conditions created for them to play at a reasonable pace.”

“If the draw-sheet is overcrowded, they don’t have a chance. Also, if the course is set up with difficult pin positions or tees at a length that makes reaching the fairway a challenge, then players are going to struggle to get around in a reasonable time.”

In the past two years, the GUI has also monitored the round times of every group at the Irish Amateur, and in 2016 a timing station was operated at the first par-three of the Championship in Royal Dublin (the fourth) to assess the tee-shot time of every player.

The average round time over the last two years for three-balls has been 4 hours and 26 minutes.

“It’s still slow by the standards of a weekend golfer,” argues Wehrly. “But by elite championship standards, it’s not bad. We just need to continue to work on it — and to particularly work on getting the co-operation of the players, because any time remaining to be picked up will be down to their efforts.”

“Like everything else, there will be good days and bad days from a pace of play perspective. But when you consider those three factors — starting intervals, golf course set-up and player behaviour — you can at least try to stay ahead of problems or address them when they crop up.”

“Pace of Play Week is an initiative spearheaded by the Golfing Union of Ireland in an effort to educate golf club committees and golfers alike on what can be achieved when the guidelines are followed.”

It’s good to see the GUI tackle this issue and hopefully a good awareness campaign can get the snails moving.  Look out for #PaceOfPlay across social media and have your say.