McIlroy on his 30 worldwide wins: “There’s no reason I can’t double that”

McDowell would be disappointed if he never got to Captain Europe

The list of partners and players heading to Dromoland Castle in September just keeps getting better and better.

Following the news that Ireland’s Leona Maguire would be teeing it up at the KPMG Women’s Irish Open from the 22nd-25th of this month it has now been announced that the defending Women’s Irish Open Champion @beanymat will be playing in this year’s event.Catriona Matthew OBE is one of the most successful female golfers of our time and has won 11 times in her career to date with her success inspiring thousands of young women across the globe.

Matthew was also the European captain for the recent Solheim Cup matches where Europe defeated the USA 15-13 and spectators will no doubt be cheering her on loudly in a few weeks time.

Tickets to see the stars of the LPGA Tour in action at the KPMG Women’s Irish Open are on sale now at www.womensirishopen.ie. Four-day tickets are priced at €35 while single-day tickets will cost €15. Under 16s attending the event will also be admitted free of charge. 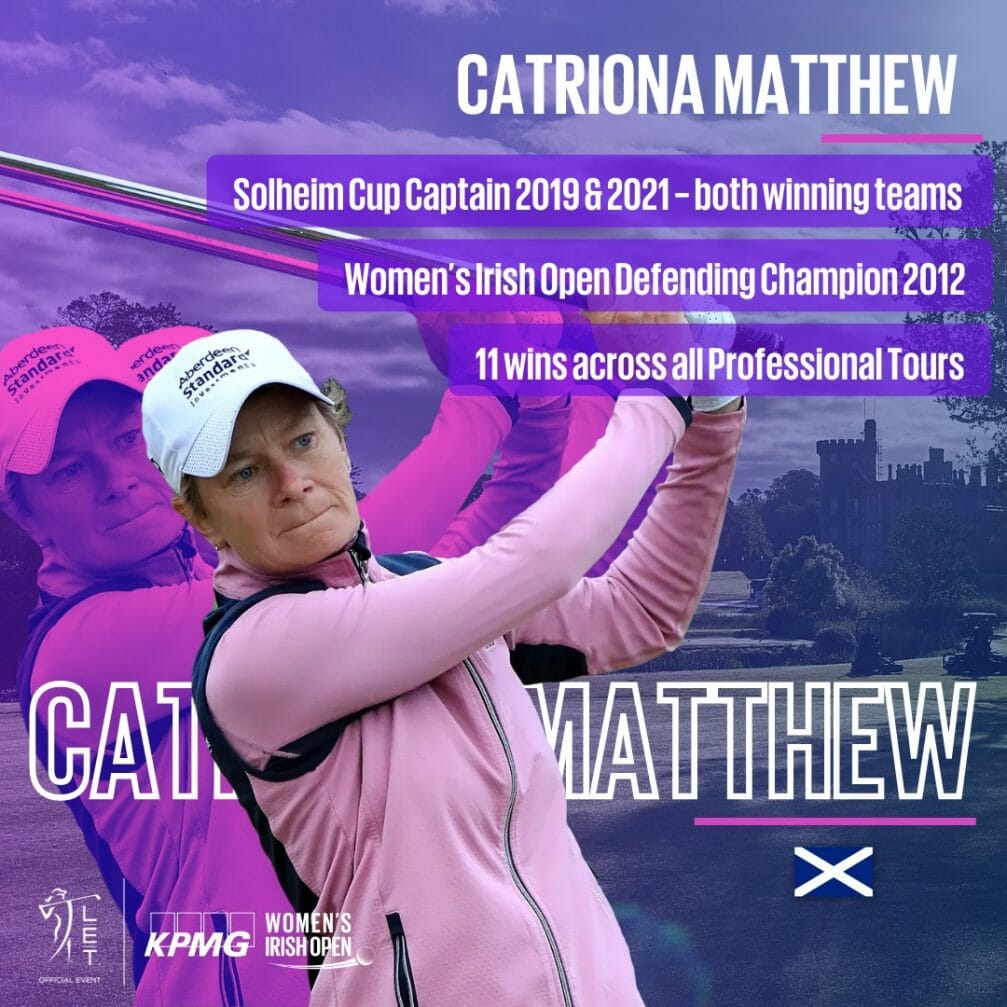