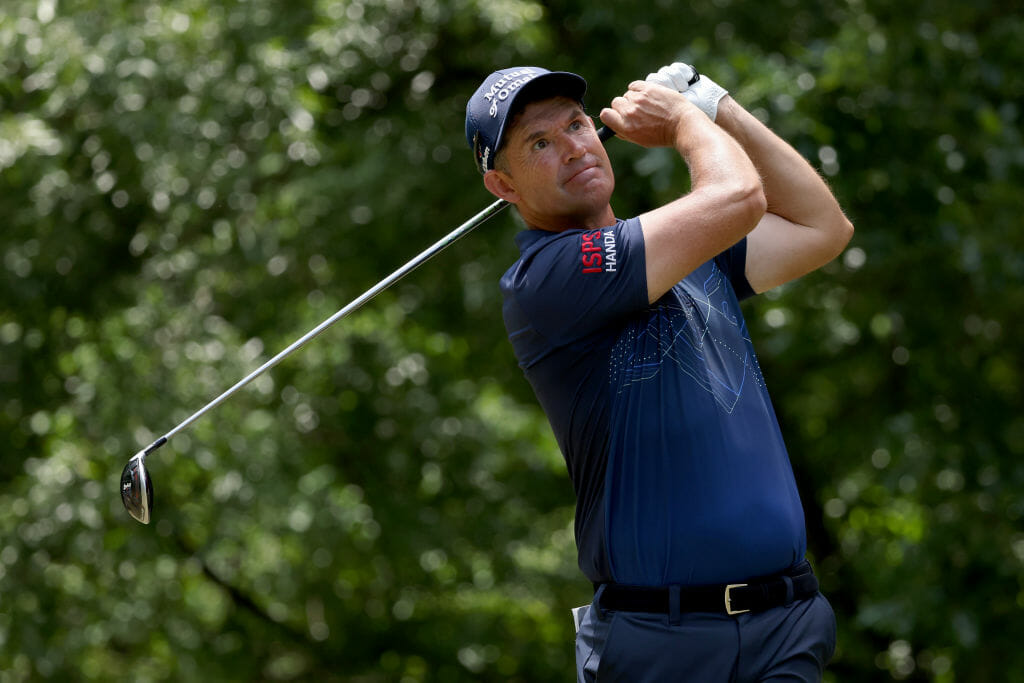 Pádraig Harrington will need to come from behind if he is to win his second PGA Tour Champions title after he surrendered his first round lead at the Shaw Charity Classic in Canada.

Harrington to his credit dug deep on the back nine to prevent his week from spiralling out of control and keep his hopes alive.

The three-time major winner saw his one-shot lead evaporate in an instant with a bogey on his opening hole.

That dropped shot was followed by three further bogeys on the third, fifth and seventh while he did birdie the fourth as he turned in 38.

A fifth dropped shot of the day on 10 dropped him five shy of leader Kirk Triplett but the US Senior Open champion showed his trademark grit and determination and came roaring back with back-to-back birdies on 11 and 12.

A bogey on 17 was followed by a crucial birdie on the 18th as he salvaged a two-over 72 to leave him three shots adrift of Triplett on four-under-par.

Harrington is in a share of fifth place and was the only player inside the top-15 to shoot an over-par second round.

Triplett trailed Harrington by a shot after the first round and he now leads Jerry Kelly by the minimum on seven-under after a two-under 68 and with fourteen players within five strokes of the American he knows he can’t afford to stand still on Sunday.

“Those 70 other guys that are behind me, just trying to stay ahead of them. They keep moving forward, so I’ve got to keep moving forward. I can’t go out there and think, OK, I can hit it to 30 feet on every hole and maybe make a birdie here or there and win this golf tournament. This tour’s typically about trying to find a way to shoot 4, 5 under a day and that will be what I try and do tomorrow. It’s worked for me in the past, that mindset, and that’s what I’ll be shooting for.”