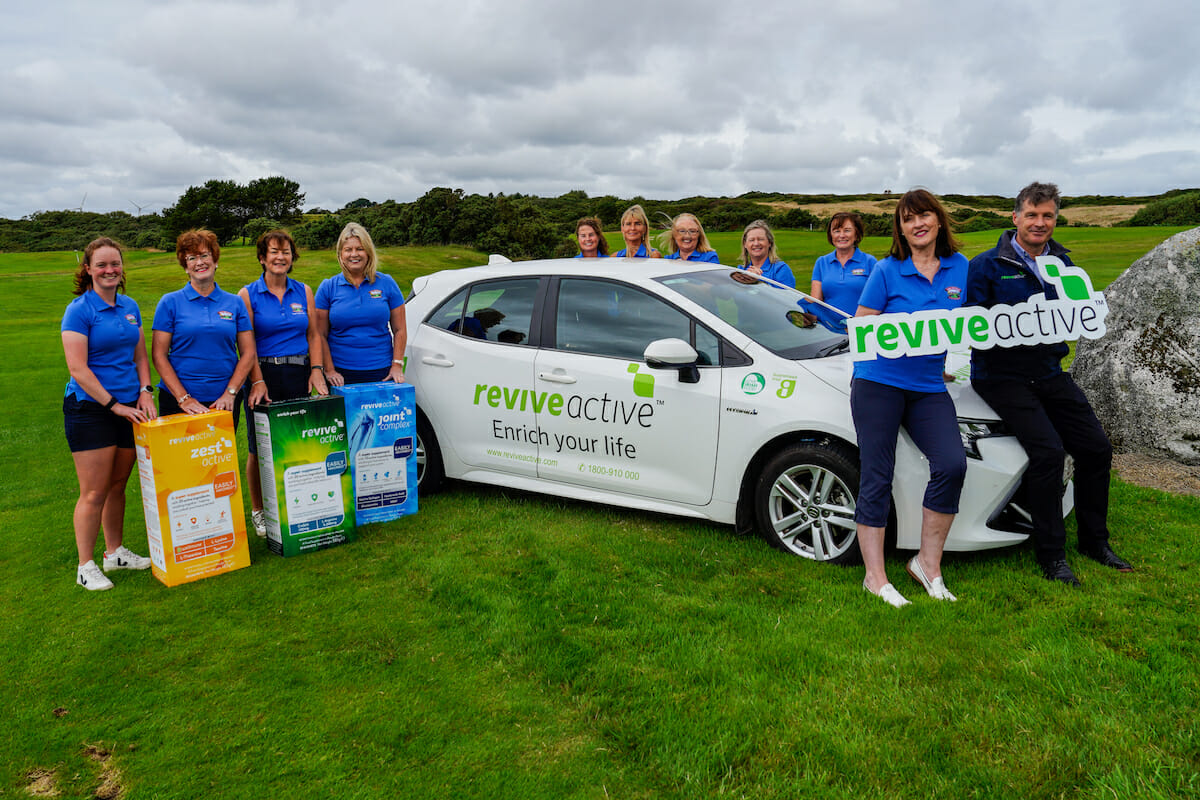 The Revive Active Women’s All-Ireland Four-Ball is down to the final 16 teams, with eight regional finals taking place this weekend (August 6 and 7)

Over 200 clubs have taken part in the 2022 competition, with more than 1,000 women representing their clubs in all four corners of the island.

The standard of competition is higher than ever, with reigning champions Ballybunion losing in Round 1 in the Munster West region to Kanturk. 2021 runners-up Ballycastle were eliminated in the Ulster North Quarter-Finals by Narin & Portnoo.

Revive Active were a partner of the ILGU for four years before continuing their partnership with Golf Ireland. This is their sixth year sponsoring the prestigious Inter-Club event.

Revive Active is Ireland’s Number One Vitamin & Dietary supplement brand, manufactured right here in Ireland. Each refreshing, powdered sachet is easily dissolved and taken in a glass of water or juice. As an easy, everyday ritual for busy lives, Revive Active enriches lives by supporting people to get the most out of each day, offering tailored nutrition for each life stage

Daithi O’Connor, Founder of Revive Active said; “This is a sponsorship that we are immensely proud of, the pool of talent amongst female golfers in Ireland is incredible and the tournament is growing year by year.

“We believe that the formation of Golf Ireland will have a hugely positive impact on the tournament for years to come.  We at Revive Active are extremely passionate about promoting women’s sport in Ireland and giving it the leverage and backing it deserves.”

Mark Kennelly, Golf Ireland CEO added; “The Revive Active Women’s All-Ireland Four-Ball is growing year on year. This weekend’s Area Finals will see the 16 teams look to advance to the All-Ireland Quarter-Finals, before reaching the All-Ireland Finals in Athlone in late September.

“We are delighted to continue our relationship with Revive Active, and we look forward to seeing some excellent golf in the seven venues this weekend.”

Mary Farrell, Bearna Team Captain said; “It’s fantastic to be into the Last-16 of the Revive Active Women’s Four-Ball. We’re a young club and a small club. We’ve won an All-Ireland title in 2015. A lot of work goes into these competitions. We’re delighted to play Portumna this weekend.

The eight regional winners will advance to the All-Ireland Quarter-Finals in early September, before the Semi-Finals and Final take place in Athlone GC between September 29th and October 2nd.