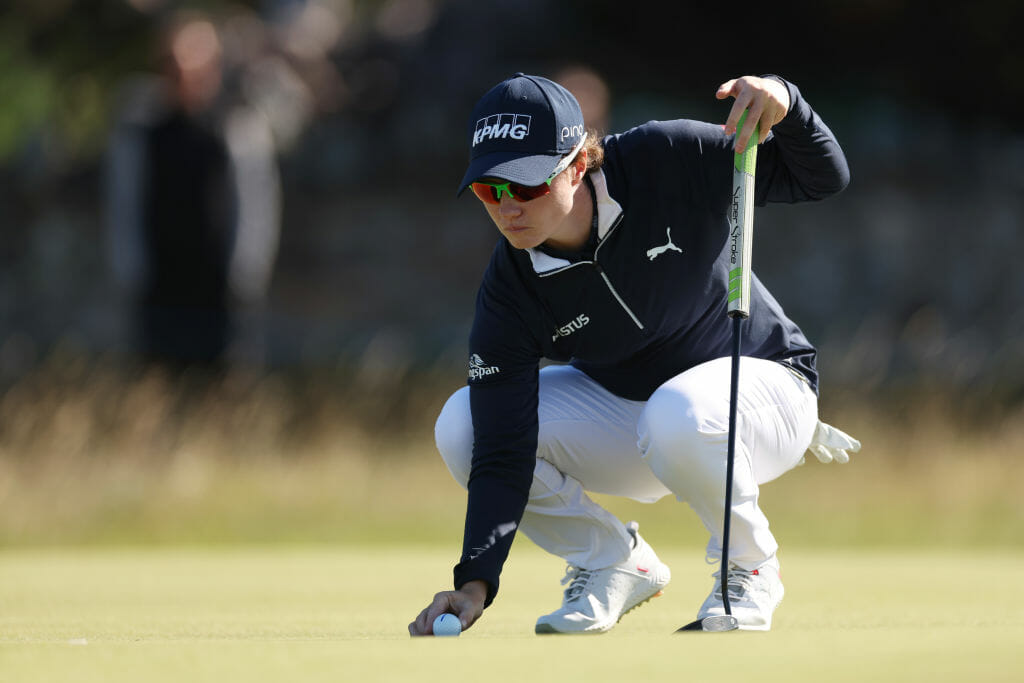 Leona Maguire feels her patience was rewarded after three birdies in her last five holes took her from the cut line and into contention at the AIG Women’s Open in Muirfield.

Maguire dug deep with birdies on 14, 15 and 17 to move to within three shots of leader Hinako Shibuno on two-under at the time of writing after a two-under 69.

“Yeah, feeling good. It was nice. Three under the last five is really good momentum heading into the weekend and right where I feel I should be and I’m looking forward to the weekend,” said Maguire who recovered from an early bogey with an eagle on the par-5 5th before two dropped shots in three holes saw her tumble towards the cut mark.

The Cavan native was out in the more difficult conditions yesterday afternoon and cut a frustrated figure after moving to two-under through ten holes only to cough up two shots coming home.

“I think you can get frustrated. When I got plugged up a bunker on 11 and just sort of hung in for the back nine and kind of just had to take your chances where you get them,” she added.

However, if the draw plays fair, then she won’t be too far away heading into the weekend after long birdie putts on the 14th and 15th ignited her Women’s Open bid this morning.

The world number 22 is one of the best putters in the women’s game and she feels an obedient flat stick will be crucial with chances coming at a premium around the tough Muirfield links.

“It seems like putting and holing long putts and a serious amount of footage is key here because it doesn’t look like you can really attack some of those pins tucked away with the breeze and some of the angles.

“And some of those holes on the back nine are pretty long. I mean I hit five wood into 14 and 15 so you kind of just have to get your lag putting and get your speed really dialed in. It’s tricky with the wind it’s buffing the balls about but yeah, I felt like my putting was good today. Would have been nice to hole a few more putts on the front nine but I think that that long one I dropped on 15 made up for that.

“14 & 15 are playing very tough right into the wind and I think I read yesterday Laura (Davies) was the only one that birdied 15 yesterday. So nice. Nice to be able to sneak one there and made up for a few that I missed on the front nine.

“17 is a really good chance it’s still playing downwind, I thought I hit a nice shot but just kind of got a kick to the right, into that bunker and it’s that awkward length 40-50 yard bunker shot but I committed to it nicely and yeah, nice to get a birdie there heading up into 18,” added the LPGA Tour winner.

Maguire’s best Women’s Open finish is 13th at Carnoustie last year where she hung around on the fringes of contention all week and she feels she has the game to contend this week and is relishing the challenge.

“Yeah, I love links golf it’s you have to be creative. There’s no perfect shot, you can hit three clubs the same distance and you have to think that little bit more and yeah, it’s something that that I’ve always enjoyed. I don’t get to do a lot of it now but nice for these couple of weeks of the year.”