Lowry earns little reward on day one at the Wyndham 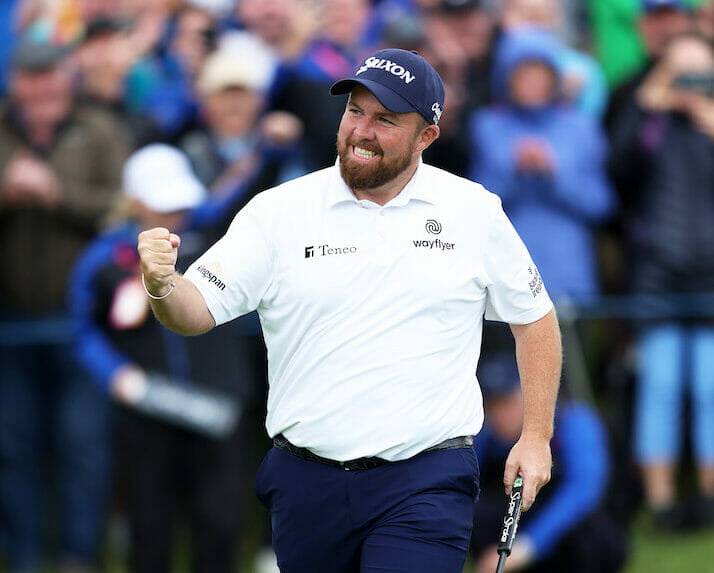 An opening hole double-bogey had Shane Lowry back-pedalling from the outset on day one of the Wyndham Championship in Greensboro, North Carolina.

After the joy a day earlier of being reunited with his missing suitcase and golf clubs, Lowry sent his opening tee shot well left off the tee and into the trees on route a horror double-bogey ‘6″.

Lowry did manage an eagle putt in his round however a one-over par 71 on the host Sedgefield course has him lying in a lowly share of 109th place n the $7.3m event.

After Lowry’s poor start it didn’t get any better for the Irishman, dropping shots at the second and fourth holes to be four-over heading to the fifth hole.

Though there’s a reason we all love the game of golf as Lowry will attest. He found the green in two at the par-5 fifth hole and rolled in the near 10-footer for an eagle ‘3.   Then at the next, he sent a 16-footer to the bottom of the cup for a birdie ‘3’ and now Lowry’s back to just one-over.

He dropped a shot at the next to make the turn in two-over before getting back to just one-over for his round in sinking a curling left-to-right putt that just had enough legs to drop at the par-4 10th.

Lowry then parred the next six holes before finishing birdie, bogey.

Up front, American John Huh leads the way by two shots with a nine-under 61 that included an eagle and seven birdies.

“I hit it close enough and gave myself a lot of chances”, he said.

“The longest putt I think I made was a 15-, 20-footer for eagle, but other than that, I put it pretty much inside 10 feet and made all that.

“I’m actually surprised I’m at the top of the leaderboard, yeah, to be quite honest with you. I didn’t really feel my game was there, but it’s one of those days where I took advantage of some good shots and good breaks, I think”.