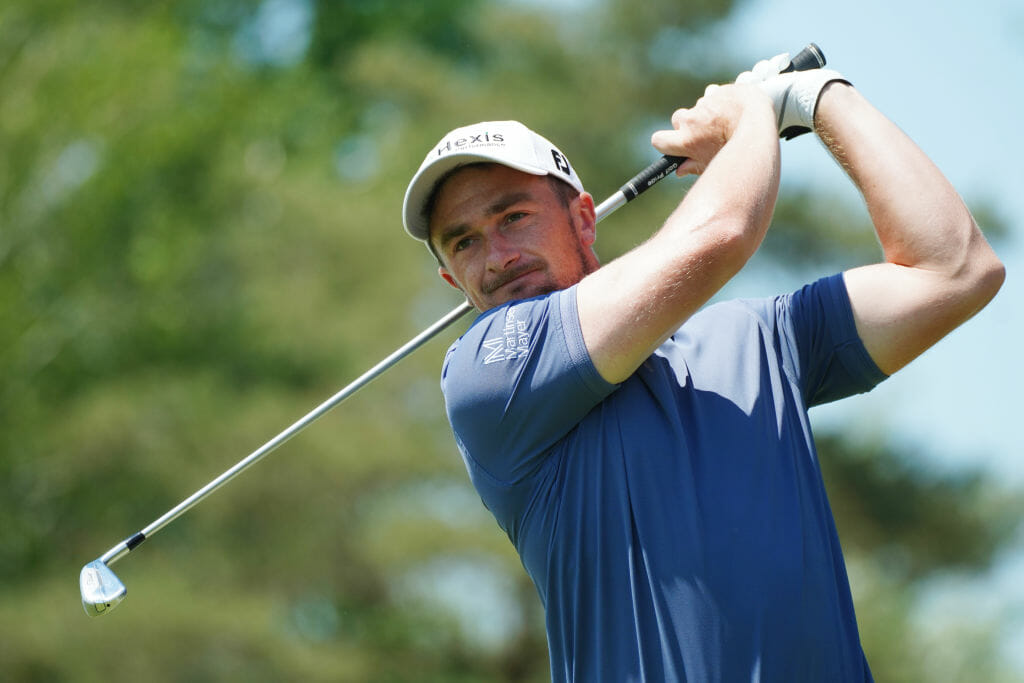 Paul Dunne kept himself in the conversation at the top of the leaderboard heading into the weekend at the Cazoo Open at Celtic Manor Resort in Wales.

The Greystones man, who has struggled this season in missing 12 cuts in his 15 starts across the DP World Tour and Challenge Tour, reached the halfway stage of the tournament tied for 18th after a level-par 71 in his second round.

Four birdies and four bogeys saw Dunne finish his day where he started it, at one-under-par, and he currently sits six shots back of leader Julien Guerrier at the Twenty-Ten Course in Newport.

The Frenchman carded five birdies and two bogeys in a three-under 68 to hit the top at seven-under-par, which has him two shots ahead of England’s Callum Shinkwin and America’s Johannes Veerman, who also had a pair of 68s.

“It was a really good day for me. My driving and my iron game were not very good, I was really far from the pins but I only made one three put – my putting was really good and that was the key today,” said Guerrier.

“I played some bad shots but I made some good shots otherwise I would not have shot three under. I try to avoid watching the leaderboard, I try to focus on my concentration and it’s a very demanding course.

“Anything can happen at every hole and so I just try to play safe and in the good areas on a difficult golf course. My learning from Hillside it to stay patient, stay focussed and concentrate on your own game, that’s all,” he added.

Royal Dublin’s Niall Kearney is in for the weekend, too, although he will start the third round a further four shots behind Dunne as four bogeys and two birdies in a 73 means he sits at three-over-par.

It will be another weekend without golf for Jonathan Caldwell and Cormac Sharvin, however, as the Northern Irish pair both missed the cut in Wales.

Caldwell had been hovering around the mark but two late bogeys in his final four holes led to a second consecutive 73 and he missed out by two shots at six-over-par, while Sharvin had a better day as he finished with a one-under 70, but his first round 80 did the damage as he finished eight-over.