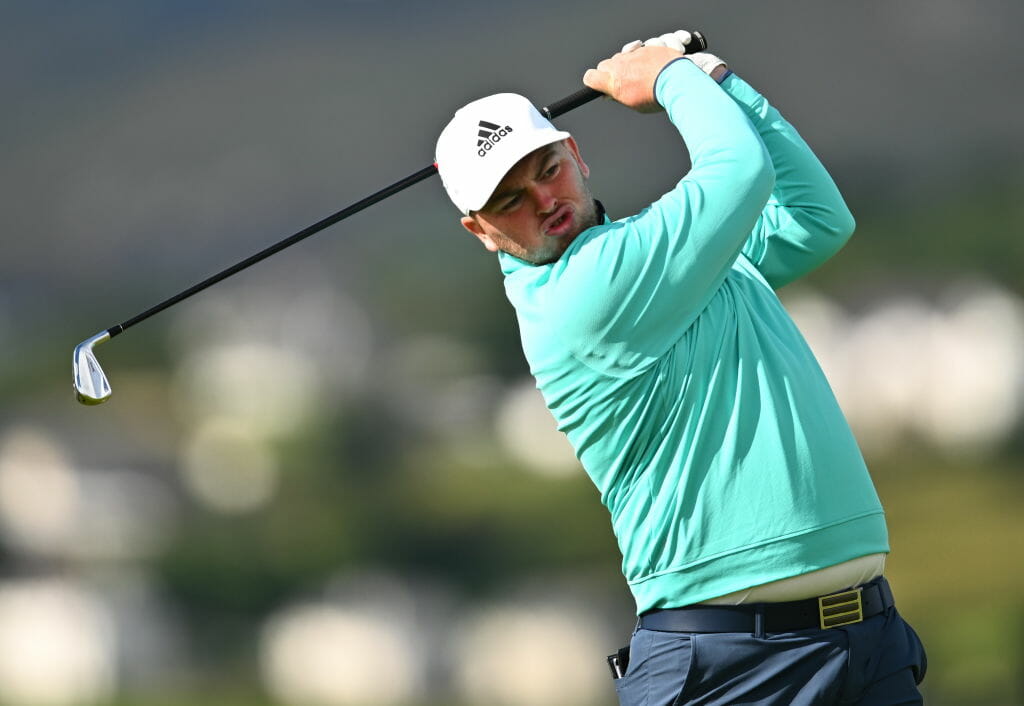 Ireland got off to the perfect start in Ballyliffin as they cruised to an eight point win over Scotland on the opening day of the Women’s and Men’s Home Internationals.

Ireland thumped their opponents 14.6-6.5 as they ascended to the top of the group on points difference over England after an extremely windy day in Donegal.

In a first for the championship both the men and women were taking part in a mixed format and it suited Ireland down to the ground as the Women and Men in green established a 5-2 foursomes lead and lost just three singles matches en route to a routine victory.

Cameron Neilson and Megan Ashley put some blue on the board with a 5&4 win over Kate Lanigan of the Hermitage and Lahinch’s Aideen Walsh before experienced duo Colm Campbell and Peter O’Keeffe won 2&1.

Aine Donegan and Anna Foster lost on 18 before Matt McClean and Hugh Foley ran out 2&1 winners.

Castle’s Moran is yet to taste defeat in the Home Internationals and he halved his singles tie with Calum Scott.

Irish GIrls and Women’s Close champion Coulter was one of three Irish defeats in the singles with four-time appearance maker Caolan Rafferty and North and South of Ireland winner Hugh Foley also going down.

Galway’s Nolan eased to a 3&1 win while Rob Brazill of Naas announced his return to the top table of European amateur golf with a 4&2 win over Connor Graham in his first appearance since 2019 after an injury ravaged few years.

Lauren Walsh, Kate Lanigan and Anna Foster showed their class in their wins while Donegan did enough for a half point on her opening day.

Malone’s McClean completed the Irish victories with a 2&1 win against Andrew Davidson.

Ireland face Wales on Thursday with a potential showdown with England again in the offing.