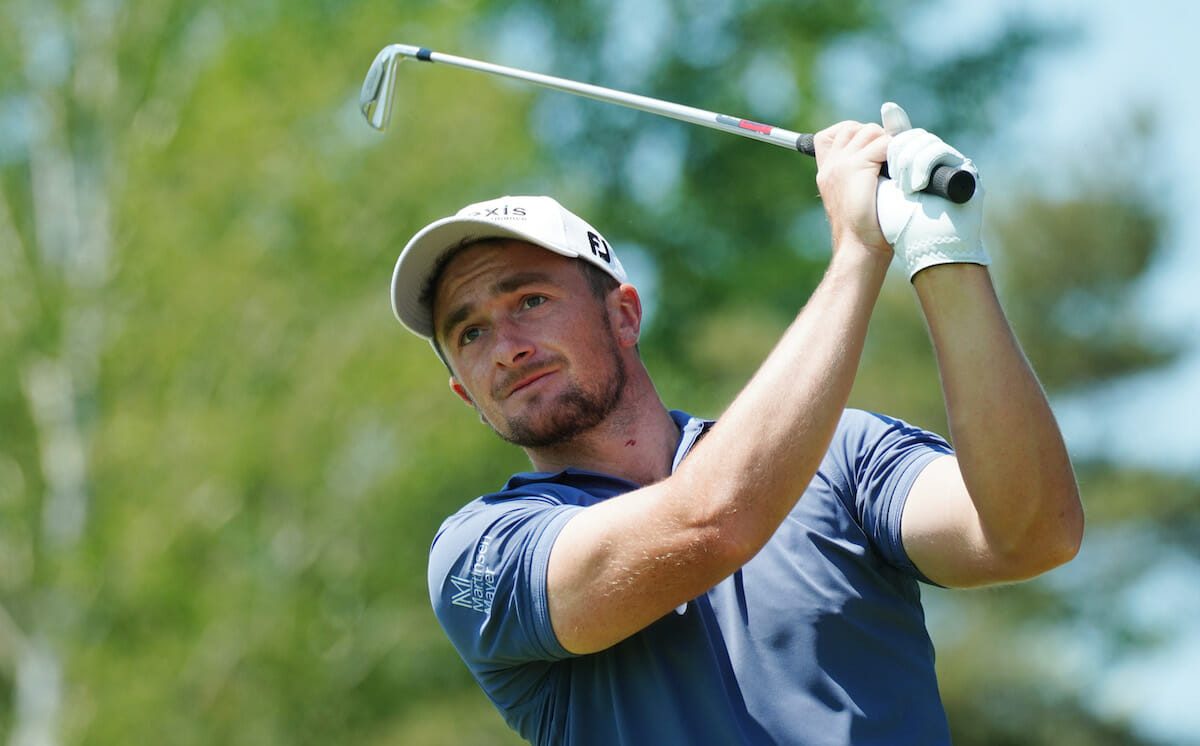 It’s been a rough season for Greystones’ Paul Dunne, but he showed signs that his form might be turning around with a promising start to the Cazoo Open at Celtic Manor Resort in Wales.

The former British Masters champion has battled through injury and loss of form over the years and has missed the cut in 12 of his 15 starts this season across the DP World Tour and Challenge Tour.

But he had a quietly solid opening round at the Twenty-Ten Course at Celtic Manor which featured two birdies and one bogey, and a one-under 70 has him tied for 15th place after the first day.

Dunne birdied his second hole of the day, the par-five 11th, and despite dropping a shot at the par-three 17th after pushing his tee shot well right, he got it back with a fine 14-foot birdie putt at the par-four fifth to finish under-par.

That has him just three shots back of leaders Julien Guerrier, Conor Syme and Dale Whitnell, all of whom carded four-under 67s in their opening round to hold a one-shot advantage over six players – including Marcus Armitage and Eddie Pepperell – heading into Friday.

Despite finishing a shot over par, Royal Dublin’s Niall Kearney is inside the cut line by a shot as three birdies and four bogeys led to a one-over 72, which has him in a share of 57th after the opening round.

But it will need to be a big performance from Clandeboye’s Jonathan Caldwell to make the weekend as four birdies, three bogeys and two double-bogeys led to a three-over 74 that has him two shots off the cut line.

Meanwhile, Ardglass’ Cormac Sharvin looks to have run his race already as three birdies, five bogeys, two double-bogeys and a triple-bogey eight at his final hole led to a nine-over 80 that has him down in 150th.