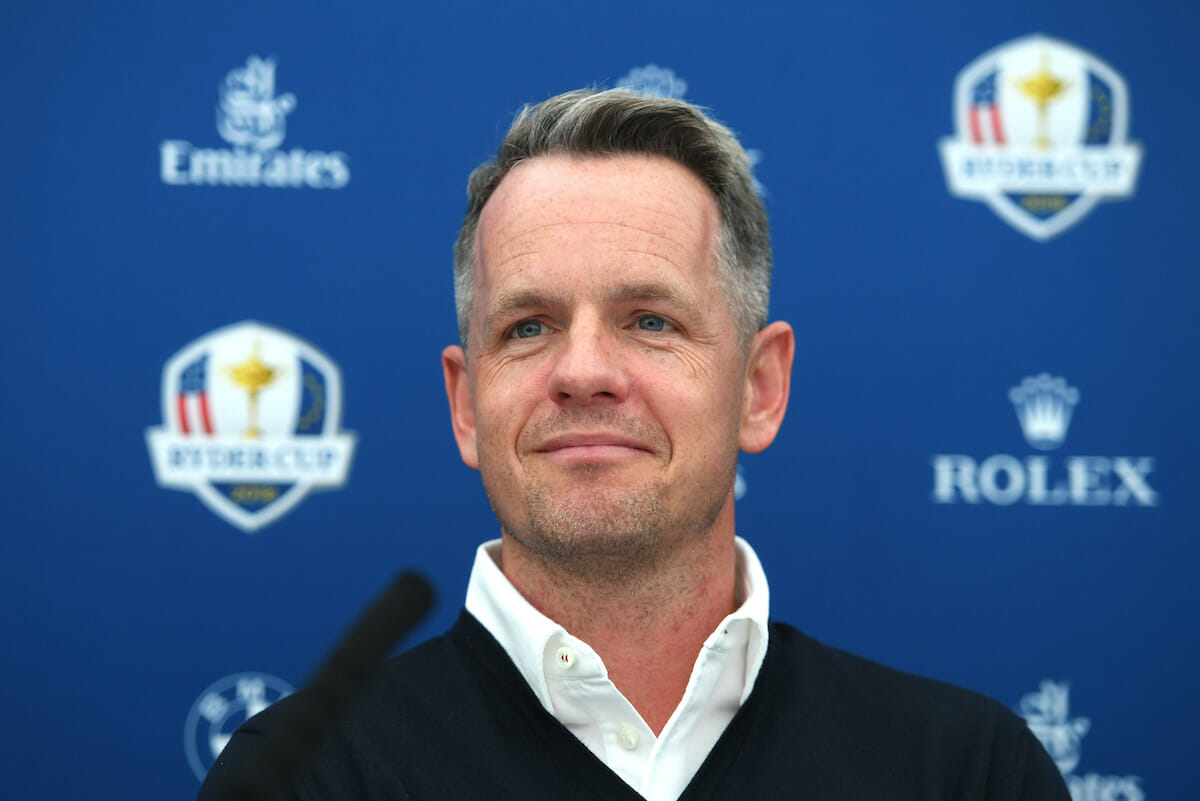 Luke Donald has been formally confirmed as the replacement European Team Captain for the hosting of next year’s 44th hosting of the Ryder Cup in Rome.

Donald, as Irish Golfer Magazine had predicted some weeks ago, will now take the place of Sweden’s Henrik Stenson who was unceremoniously stripped last month of the 2023 European Team captaincy after breaking his DP World Tour contract to join the LIV Golf Tour. However In a bizarre twist, Stenson no doubt used the sacking to help inspire him to victory in his maiden appearance in the ever-growing LIV Golf of breakaway major champions, winning the LIV tournament at the Trump Bedminster course in New Jersey.

Donald also becomes the first English-born European captain since 2008 when the hapless Nick Faldo steered Europe to defeat and overall the long-time US based golfer is the 20th Englishman to be asked to lead either a GB & I or European side.

“I am incredibly proud to be named European Ryder Cup Captain for 2023. It is truly one of the greatest honours that can be bestowed upon a golfer, to lead a team of your peers and be an ambassador for an entire continent,” said Donald.

“Some of my best experiences in golf have been in the Ryder Cup and I would not swap those for anything. It is an event like no other and I cannot wait to create more special memories in Italy next year.

“I love everything the Ryder Cup embodies, from the camaraderie and companionship of being part of a team, to the history of the contest, but most of all playing for something bigger than yourself.

“Rome will be a fantastic host city, and I have always enjoyed spending time there. It is a city rich in history and hopefully we can create some of our own in 14 months’ time,” he added.

Donald has had  17 pro career wins with the last being his successful defence of the 2013 Phoenix Open title in Japan.

If there’s any complaint about Donalds selection, and we are talking about one of the squeakiest-clean guys in golf, it is his absence from the DP World Tour, particularly in the past six years.

He’s played just one event this year and that was the historic joint DP World and PGA Tour Genesis Scottish Open where he missed the cut.

Whether that will change in the short 14-months he has to assemble a team in the Italian capital who knows, but it will be a question Irish Golfer Magazine will seek to ask Donald when he hosts a Zoom conference later today.

What we do know is that who else could have the DP World Tour picked with so many ‘potential’ European Ryder Cup captains now under the LIV Golf banner – Westwood, Sergio Garcia, Ian Poulter, Graeme McDowell and, of course, Stenson.

Donald’s seemingly only rival prior to today’s confirmation would have to have been Justin Rose, who turned 42 last Saturday, but Rose has time on his side before he needs to start looking to lead Europe in a Ryder Cup, while who knows what may transpire in the coming months with reports suggesting that LIV Golf are soon to announce that they will be taking the PGA Tour to court.