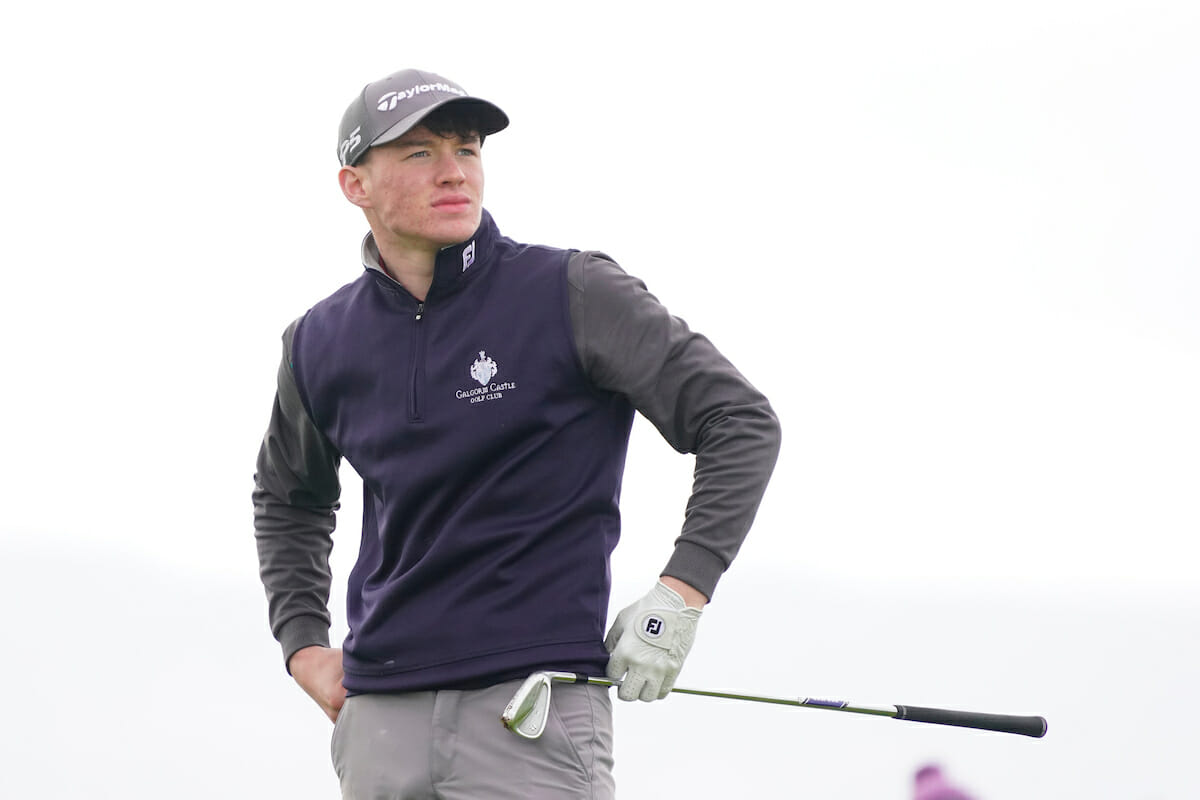 Both Gillivan and Hill continued their recent form from last weekend’s South of Ireland Championship in Lahinch. Hill was the leading qualifier, only to be knocked out by Gillivan in Round 1. The Westport golfer would eventually be eliminated in Round 3 by Robbie Cannon.

Hill was joint leader in Mullingar after the morning’s Round 1 with Cannon, after a fine 66 that wasn’t bettered all day. Three birdies in a row to finish his round left him in a brilliant position going into the afternoon, where he added a 70.

Gillivan shot a 68 in both the morning and afternoon, to leave himself in prime position going into Monday. 11 birdies and only three bogeys was a fine return over the 36 holes for the Mayo golfer.

Fahy, Small, O’Neill and Milne lead the chasing pack on -5, with a further Royal Dublin’s Max Kennedy and Portmarnock’s Brandon St. John a shot further back.

Despite a disappointing 76 in the morning, defending champion Jake Whelan followed it up with a 70 in the afternoon, to comfortably be inside the cut-line on +2.

Overall, 51 players made the 36-hole cut, on +4 in the penultimate Men’s Bridgestone Tour event of the year. Bank Holiday Monday will see those 55 players play another 36 holes before the 2022 Mullingar Scratch Cup winner is confirmed in the early evening.