Mature McKibbin remains in the hunt after battling 70: “I fought well” 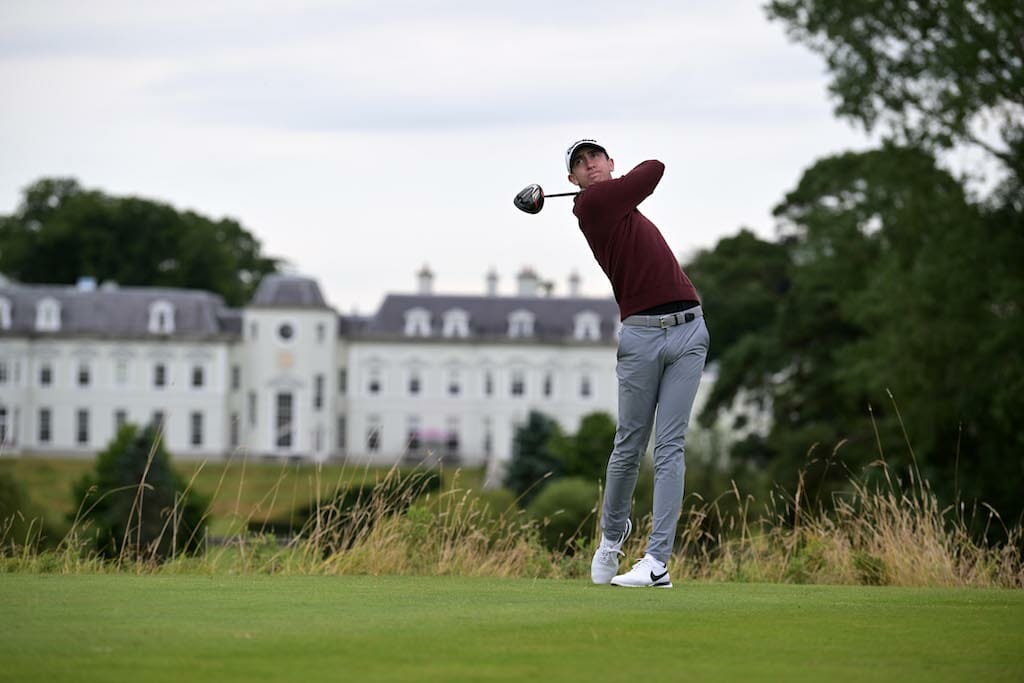 Tom McKibbin was pleased with the patience he showed on his back nine as he battled to a two-under 70 to keep himself lurking in the long grass heading into the weekend at the Irish Challenge.

The Holywood teenager carded nine successive pars on his way to the K Club clubhouse as several putts turned their nose up at the hole, but he remained calm to post a seven-under halfway total and at the time of writing he is firmly in the mix at four behind.

“I hit a lot of good putts that skimmed the edges, but I played solid enough after starting five, five so to be three-under for the last 15 holes is pretty good, especially the back nine, the wind definitely picked up on a few of the holes,” said McKibbin who conveyed a maturity akin to a seasoned veteran.

“The par fives were difficult, the third is normally easy but I was getting nowhere near it in two today I fought well.

“I didn’t hit it as close as I would have liked to so it’s obviously harder to hole putts but I tried to stay patient and especially on these greens where they are quite fast you don’t want to start forcing it you can easily find yourself having five and six footers which is even more stressful.”

Having doubled the last yesterday evening, dinner would have tasted a little bland for the 19-year-old and a par, bogey start did little to lift his spirits. However, he responded with aplomb carding three birdies in five holes before the turn.

The Northern Irishman started the Challenge Tour season like a house on fire with a brace of top-7 finishes and after a couple of lean months he has started to find his groove once more with finishes of 5th, 12th and 14th in his last three starts and he hopes to push on over the weekend and keep his DP World Tour promotion push alive.

“Yeah definitely, where I am at the minute if I can post a couple of good rounds over the weekend it will be right in there so looking forward to the challenge it should be good around here,” said McKibbin who is 30th on the Challenge Tour rankings, three spots behind leading Irishman Ruaidhri McGee.