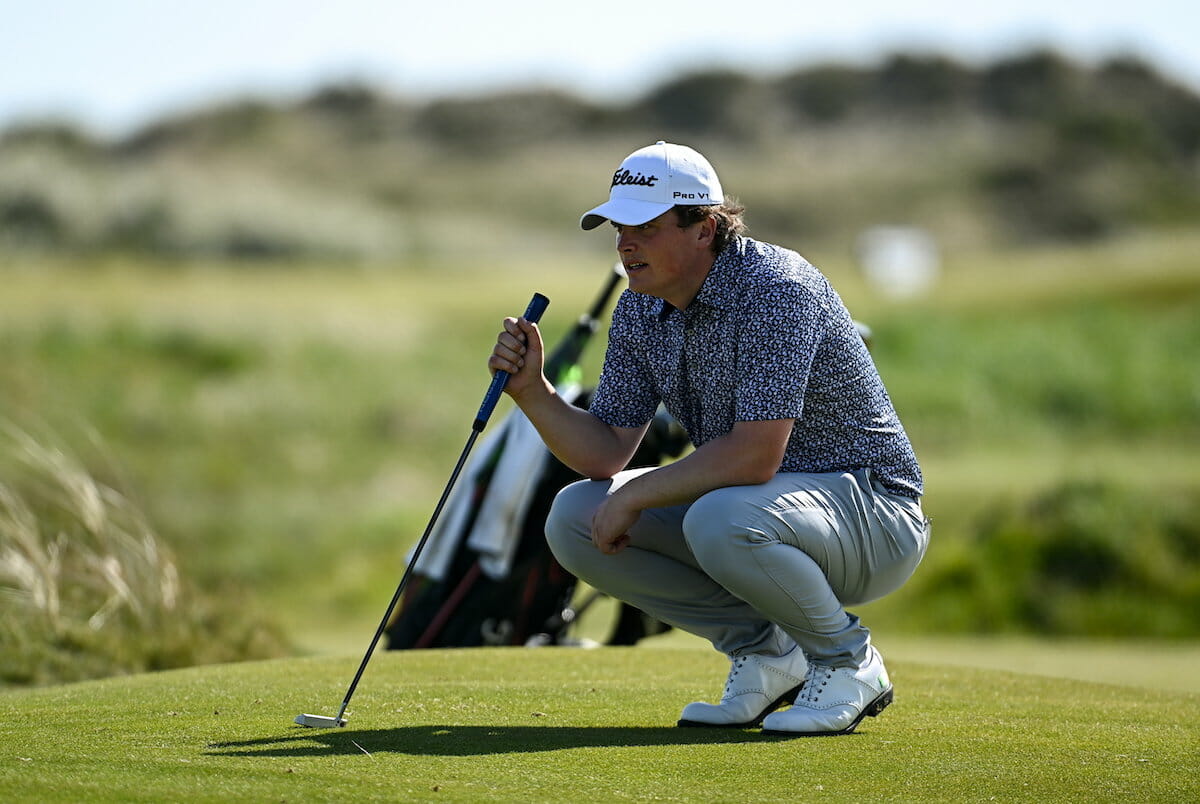 James Sugrue credited an improved putting performance as he charged from the cut line to the fringes of contention on day two of the Irish Challenge.

The Mallow native propelled himself 57 places up the leaderboard after he reduced the South Course to submission with seven birdies in a six-under-par 66.

At the time of writing Sugrue is in a share of 11th place on –6 and he was delighted to see his excellent ball striking finally rewarded.

“I didn’t really play much different to yesterday just putted bad yesterday and putted well today that’s pretty much it,” explained Sugrue. “Held a couple of nice par putts as well on the sixteenth especially but any chance I had I was taking it or at least giving it a go. Yesterday I was a little tentative.

“The greens are so pure, the best I’ve putted on in a long time. It got one bobble yesterday, I’d love to blame the greens for my bad putting yesterday. I went back to the line on the ball today and it worked.”

They say all good rounds start with a bogey and Sugrue bounced back with birdies on the third, fifth, seventh and ninth as he turned in 33. The former Masters participant also came home strongly with a brace of birdies on 14 and 15 before rounding off a very encouraging morning with a closing birdie.

The 2019 Amateur champion is part of a stacked Irish contingent making inroads towards the top of the leaderboard with fellow Rebel John Murphy currently sharing the lead with Conor Purcell on eleven-under and he will be taking a different outlook on the tournament over the weekend, looking up rather than over his shoulder.

“There’s a long way to go but it’s nice to play well after yesterday when I putted terrible,” said Sugrue who had Irish international Rob Brazill as his caddy. “You can go out sometimes and play poorly and shoot the same score. Delighted to be up the right direction on the leaderboard.

“I’ve been hitting it nicely for a while but it’s just been putting. Rob was a huge help on the greens because sometimes I can not back my line enough whereas he was saying ‘hit it there’ and if it misses I have someone to blame.

“It’s good to have two Cork lads going well there hasn’t been much to shout about for Cork golf professional wise so to have the two of us up there is great.”