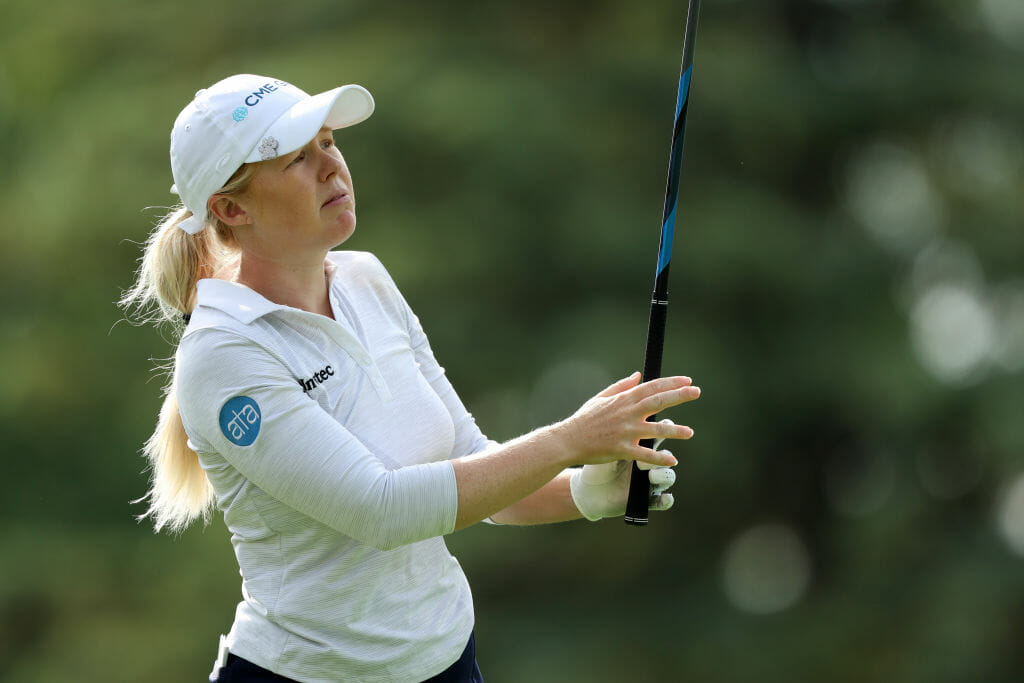 Stephanie Meadow struggled to kick into gear on the opening day of the Trust Golf Women’s Scottish Open as she finished her round with a level-par 72 at Dundonald Links.

The Jordanstown woman, who is the touring pro for Galgorm, fired two birdies and two bogeys in her round to end the day in a share of 64th, right on the cut line as it stands.

Meadow has made the cut in her last two starts – both at Majors, the PGA and Evian Championships – but is still battling to try and ensure she has her playing rights for next season wrapped up as soon as possible.

The 30-year-old would hope for a strong finish on familiar links turf this week, then, and she will need to go low in her second round to ensure she has that opportunity.

Her front nine, having started at the 10th, consisted of just one bogey at the par-four 16th, but she did get under-par quickly on her back nine with birdies at the par-four first and par-five fifth.

However, a bogey at the par-four seventh has Meadow on the verge of missing the cut, and she will be intent on giving herself as much preparation ahead of next week’s Women’s Open Championship as possible.

Meanwhile, Choi carded an eagle, seven birdies and one bogey in an impressive eight-under 64 at Dundonald, which has her one shot ahead of Celine Boutier, Lydia Ko and Lilia Vu after the opening round.

The Korean has recorded multiple wins on her home Tour but has yet to break that barrier on the main LPGA Tour, finishing in the top-10 seven times this year alone.

“Today I had really good shots overall. But more than my shots, my putter was very good so I had a lot of chances. I just made birdies when I got the chance and I played well with a good attitude on the rest of my holes,” said the 22-year-old.