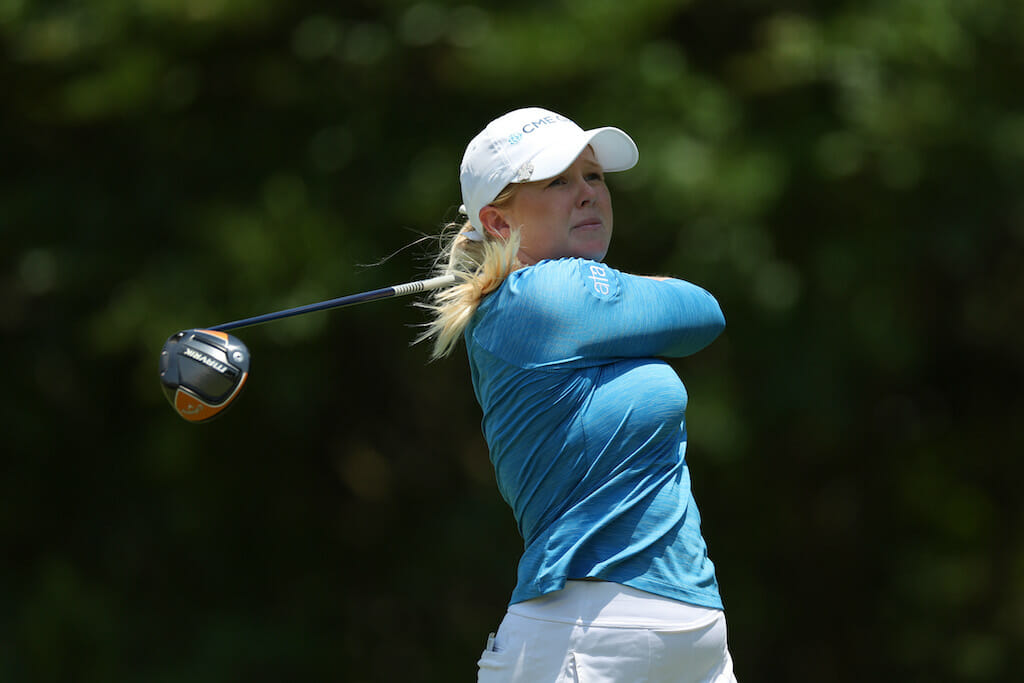 Stephanie Meadow joins 8 of the world’s top-10 ranked players along with 22 major winners ready to battle it out from Thursday at Dundonald Links for this week’s Trust Women’s Scottish Open.

The Jordanstown pro arrives fresh off another solid Major showing having signed off with a three-under 68, her best round of the week, for a T40 result at the Evian.

The two-time Olympian has enjoyed two top-10s this term and is on course to comfortably retain her LPGA Tour playing privileges having endured a stressful end to her 2021 campaign where she finished 100th, taking the last card on offer for 2022.

Opportunity knocks again this week for the now 30-year old star who joins 45 LPGA winners with a haul of 194 titles and 28 Solheim Cup players with 74 appearances between them, and three past champions as Ryann O’Toole returns to Scotland to defend her first LPGA title.

Among the home hopes are major champion Georgia Hall and Solheim Cup star Charley Hull. With both girls having been key players in the Trust Golf Women’s Scottish Open in previous years, they are looking forward to taking on the challenge of one of Scotland’s leading links courses next week.

Hall commented: “I am really looking forward to playing in the Trust Golf Women’s Scottish Open next week. The next month is going to be a very busy time on the schedule, but I can’t wait to kick off the two Scottish events at Dundonald Links next week. I love the challenges of links golf, and last time we played here in 2017 I finished in the top-10 so I am excited to see how the club and course has changed over the last few years”.

After a two-year Covid inflicted hiatus, fans will be welcomed back to the Trust Golf Women’s Scottish Open for the first time since 2019. As well as being able to watch the best of women’s golf take on the challenges of Dundonald Links, there will be plenty of activities for all the family featured in the new and enhanced Fan Zone, from trying out new Golf technology and sport challenges to enjoying live music and local flavours.

Tickets are on sale at womensscottishopen.com and can also be purchased at the event on the day.

This is Trust Golf’s second year as title sponsor, and they have increased this year’s prize-fund by 33% to $2million. The Thai based technology enterprise took over as title sponsor in 2021 as part of an ambition to help grow the women’s game and develop the next generation of golfers. Through their sponsorship of the Women’s Scottish Open, Trust Golf aim to create the best opportunities for female golfers on an international stage and use the platform to elevate women’s golf.