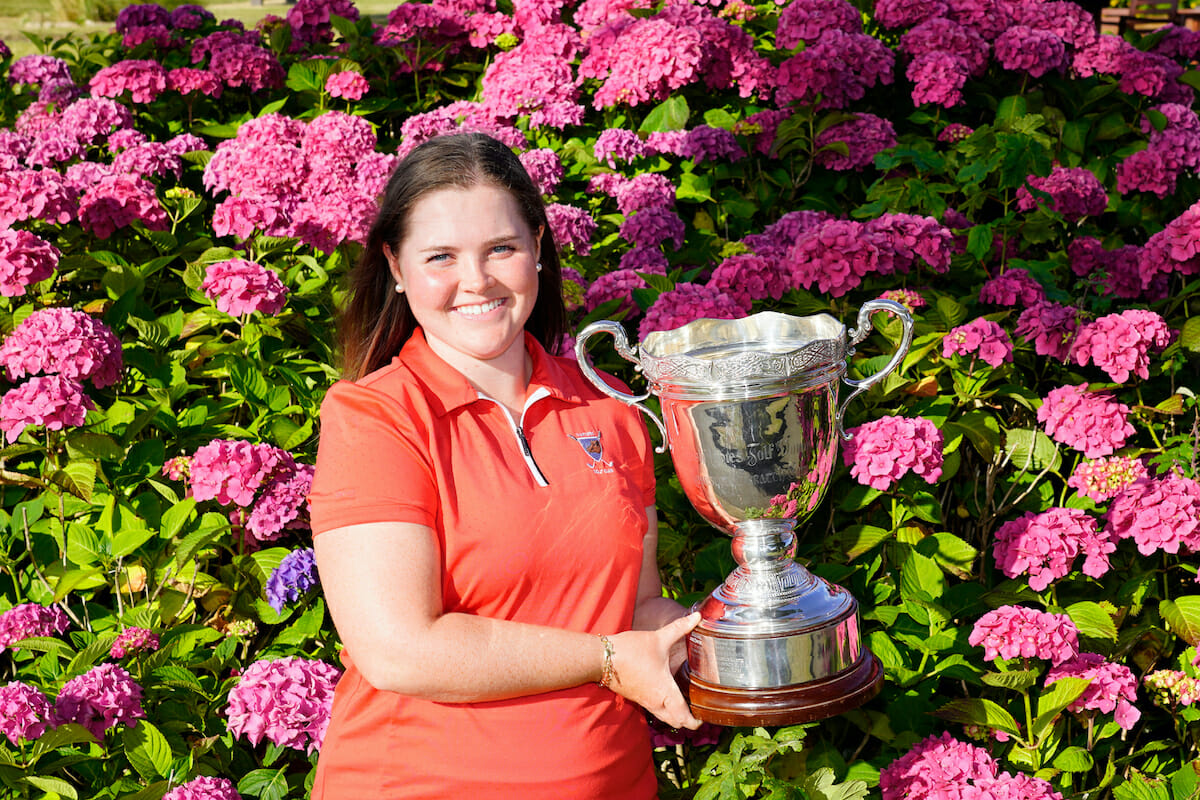 The Kanturk golfer won 3&1 in a high quality final in blustery conditions at Bray GC on Sunday afternoon.

The Louisville graduate clearly likes the tournament, and has won it now on three occasions.

In two very tight Semi-Finals, Mairead defeated Hannah-Lee McNamara on the 17th, while Ellen defeated Katie Poots on the 18th.

Speaking after the win, Martin said: “The final was up and down all day with 1 hole between us most of the match. So really, 17 was the key moment when I hit it very close to seal victory”.

Mairead felt that the key this week was to “keep it in play and learn where to land it given the fairways were bouncy.”