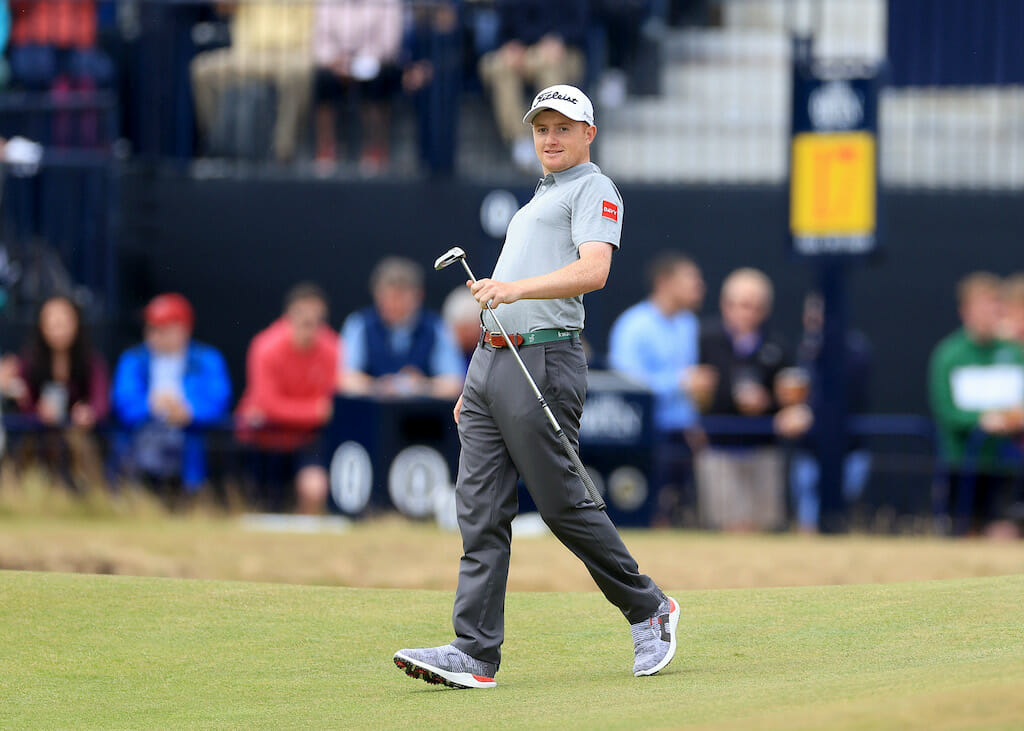 Ronan Mullarney hopes to take full advantage of next week’s Challenge Tour start when the Irish Challenge tees off on the K Club’s Palmer South Course from July 28-31.

The Galway professional, who competes on the EuroPro Tour, made his Major championship debut at last week’s Open Championship but admits his invite to the Irish Challenge courtesy of his Team Ireland status is as important to his career progression.

“It’s brilliant. Any start you get through Team Ireland are like Majors for us,” said Mullarney who carded rounds of 73 and 78 on the Old Course to miss the cut at St Andrews.

“Being on the lower tour, any opportunity you get to play higher is always welcome. It’s obviously a bigger purse, better field, just everything goes up a level and you wouldn’t get that opportunity if it wasn’t for Team Ireland.”

Mullarney’s produced a mixed bag on the EuroPro this season though positive results at Studley Wood (T23) and Donnington Grove (T12) in June were certainly encouraging.

Mullarney turned pro mere months before Covid-19 wiped out playing schedules and as he continues to make up for lost time this term, he’s relishing the chance to take another step up in grade at the K Club where he’ll hope to make home advantage count having been a regular visitor to the iconic Straffan venue.

“I cannot tell you how good they are over there,” Mullarney says. “Conor [Russell], Niall [Molloy], Liam [Grehan], the whole team couldn’t be nicer, and from what I hear, it’s like that for any pro who visits, they couldn’t be more accommodating.

“I’m lucky to have played there loads of times and I really like the golf course. It’s very easy to say you like somewhere but I honestly do like that golf course, it’s a good test. I’ll get a couple of practice rounds in but if I find anywhere on that golf course that I don’t know already, I’d be very surprised.

“In saying that though, I’ve played a lot of golf courses in different conditions, like Galgorm for example. I played there when I qualified as an amateur in the Ulster Stroke Play.

“Later that year I played the Challenge Tour event for the World Invitational and without being on a different property, it couldn’t have been more different. I can only imagine what they’re going to do at the K Club to test the guys next week.”

Mullarney will be one of a number of home hopefuls with extra incentive as the Christy O’Connor Jnr award returns for the leading Irish player.

And although Mullarney predicts some friendly competition, he is focussed on the main prize that would ensure double joy next week in Straffan.

“There’ll be a bit of friendly competition but first and foremost, you want to do well and win the event,” he said. “Hopefully the best Irishman will be the one lifting the trophy at the end of the week.”

Admission to the K Club to watch future stars like Mullarney in action at the Irish Challenge is absolutely free.