Harrington: It’s time to accept that LIV is here to stay 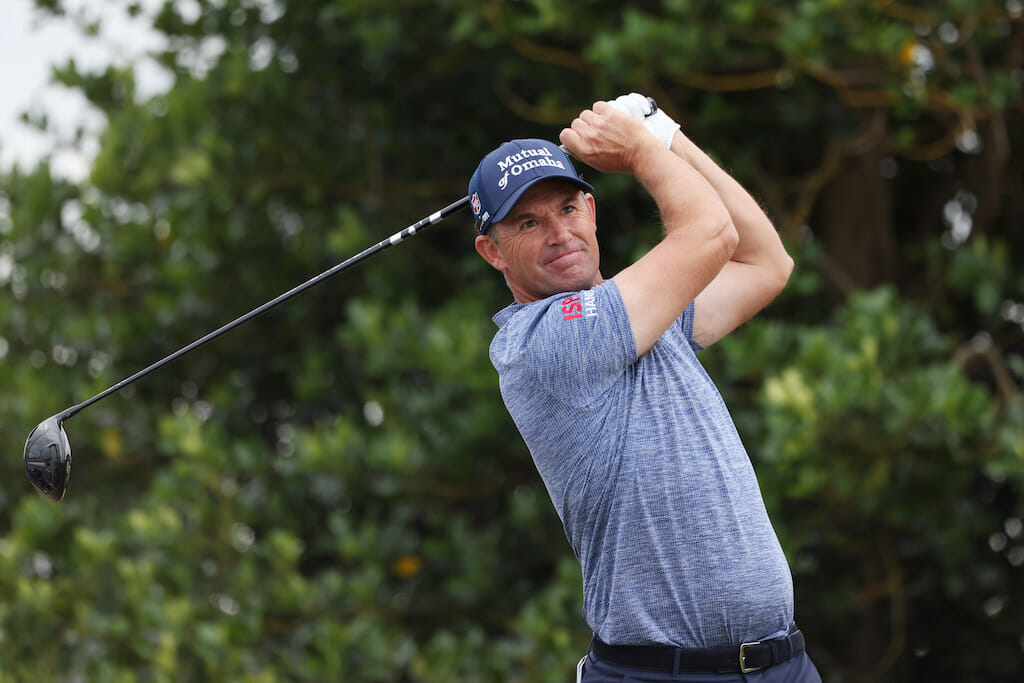 Pádraig Harrington believes the game’s governing bodies need to start working on the principle that LIV Golf is here to stay and that common ground must be reached for the greater good of the sport.

Harrington was speaking ahead of making his Senior Open debut at Gleneagles following news that Henrik Stenson had been stripped of the Ryder Cup captaincy after breaking his contract agreement to join the Saudi-backed circuit.

As things stand, any player competing in a LIV series event has been served with suspensions from both the PGA and DP World Tours and while many view LIV’s advances on golf as a takeover attempt, Harrington believes there’s enough room in the game for all three to co-exist peacefully.

“I think we’ve got to work with the principle that LIV is here to stay and that it’s normalised, rather than the hope that it’s just going to go away,” Harrington told Sky Sports News.

“They’re pretty committed, they’ve got momentum and they certainly look like they have got over the threshold, so anybody leaving now is going with little or no risk. The guys who jumped ship were taking a big chance, whereas that’s not for the guys joining now.

“It’s going to be normal in professional golf in two years’ time, maybe sooner, so we’ve got to work on that principle and working out how everybody can co-exist. It’s only 14 events on the face of it, so they’re not taking over golf and they’re not interfering with the majors.

“It’s going to be normal so let’s work out how we can all work together and figure what needs to be done, so it’s not as big an issue or as controversial. They look like they’re here to stay and the longer they’re here, the normal it’s going to be.”

Joining Stenson in the latest LIV recruitment drive was Charles Howell III and Jason Kokrak ahead of the next event set for Trump Bedminster next week.