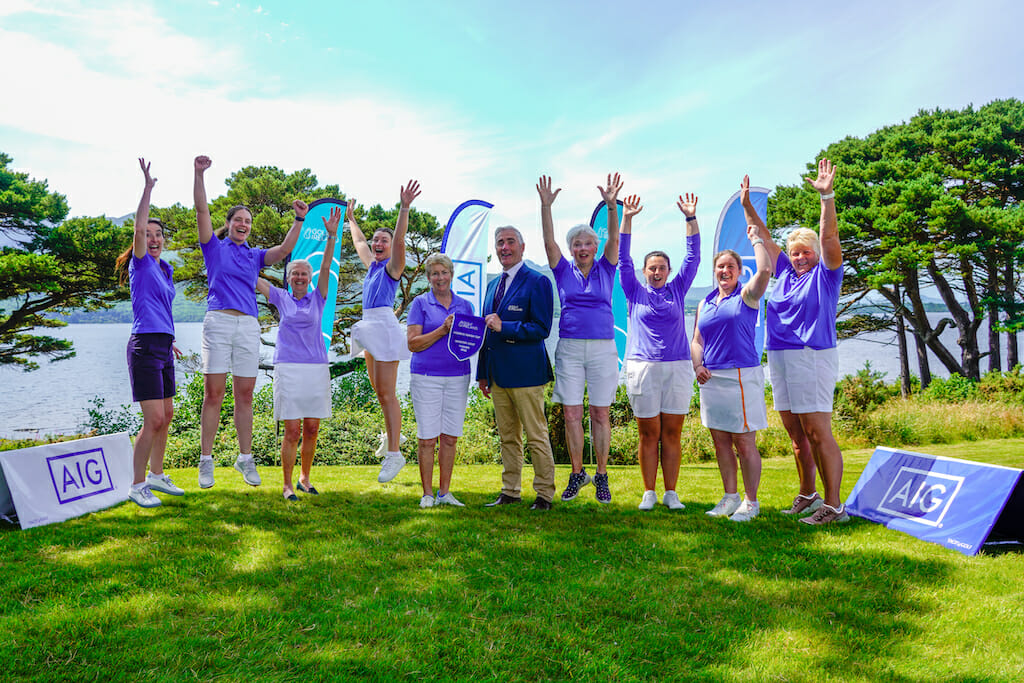 29 teams have booked their tickets to the AIG All-Ireland Inter-Club Finals after winning their Regional Finals at venues around the country over the weekend.

The 16 finalists are confirmed for the AIG Men’s and Women’s Senior Cups, with Lahinch being represented in both competitions.

In the AIG Women’s Senior Cup, Roscommon, Wexford, Laytown and Bettystown, Dun Laoghaire, Douglas, Lahinch, Royal Portrush and Royal County Down will all compete for the title.

Six of the eight AIG Women’s Junior Foursomes finalists have been confirmed. Bearna, Rathdowney, Malahide, Edmondstown, Cahir Park and Tralee have all advanced.

In the AIG Men’s Barton Shield, Roscommon, Cork, Tralee, Galgorm Castle and Donaghadee have all advanced. Those four competitions will conclude in Tramore GC, between September 1-4.

The first two AIG Women’s Senior Foursomes finalists were also decided over the weekend. Malone and Belvoir Park advance to the All-Ireland Finals in the Slieve Russell between September 7-11.