McIlroy backed to hunt down 2023 Major 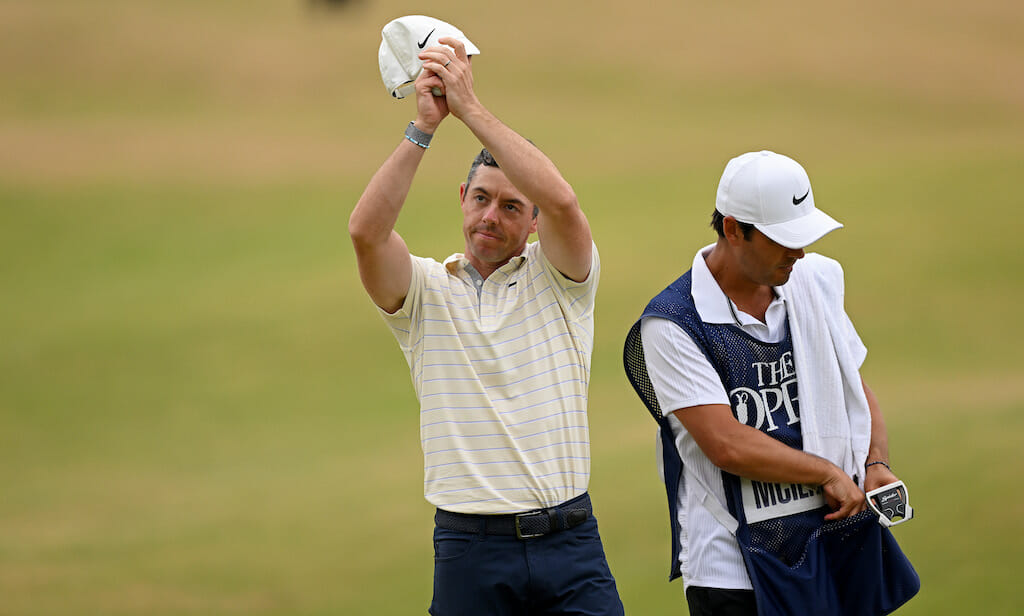 Rory McIlroy is rated the most likely candidate to win one of golf’s four major championships next season despite missing out on the Claret Jug at The Open.

The Holywood man shared the lead after 54 holes, but a final round of 70 wasn’t enough to stop the charge of Australian Cameron Smith, who catapulted himself to the top of the leaderboard with a final round of 64 for a total of -20.

Smith was immediately cut into 11/4 from 9/2 with BoyleSports to go on and win a second major championship next year, but McIlroy’s disappointment has not deterred punters who believe it is only a matter of time before he ends his major drought.

McIlroy last landed one of golf’s big four at the 2014 USPGA at Valhalla in Kentucky, but is now 9/4 from 3/1 to be a major champion in 2023. He is also the favourite in the early betting for the 2023 Masters at 9/1 and even shorter 8/1 favourite to pick up a second Claret Jug at Hoylake next year.

Shane Lowry could only manage a final round of 70 at St Andrews for a share of 21st place, but he is already prominent in the betting for 2023 at 20/1 to win The Open and 7/1 to land any of the four majors.

Lawrence Lyons, spokesperson for BoyleSports said: “Next year’s Open venue holds fond memories for Rory McIlroy having hosted his victory in 2014 and it’s only boosting his major credentials with punters. He finished no worse than 8th in all of the big four this year and plenty are already banking on him ending his drought next year, forcing us to cut his odds within hours of the final putt at The Open.”