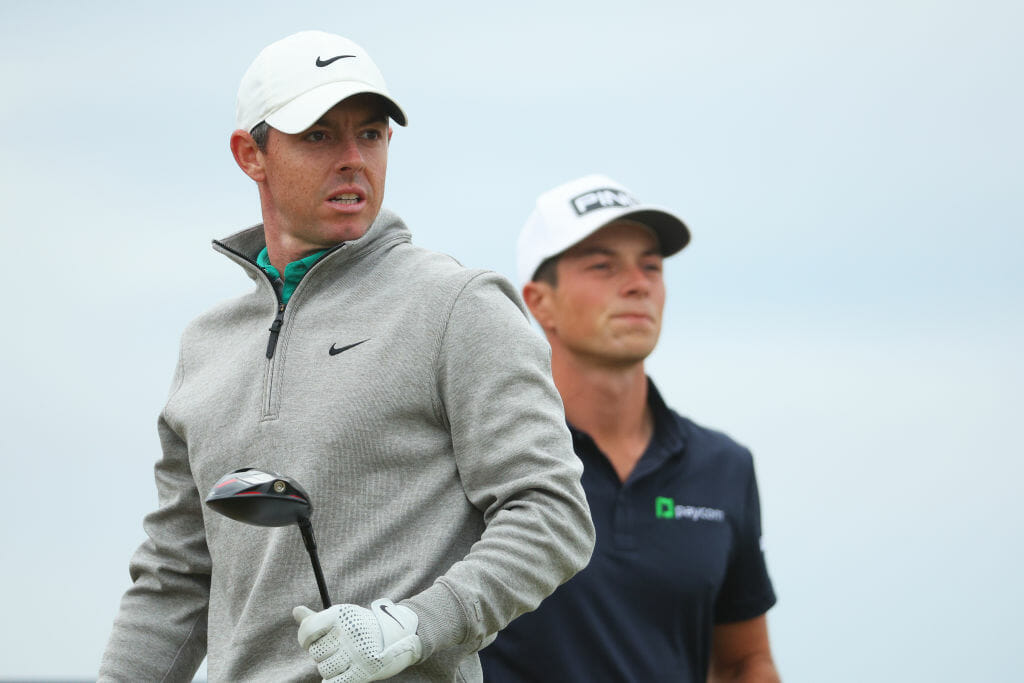 There was heavy police and security presence for the Rory McIlroy and Viktor Hovland match on day three of the 150th Open Championship at St. Andrews.
Any match involving McIlroy commands a security presence and the Irishman normally has three to four walking either sides of the fairway however on this occasion there were around 10 police officers gathered close to the small practice putting green beside the first tee of the Old Course before four made their way onto the course to walk with the McIlroy and Hovland match that teed-up just prior to 4pm local time.
No sooner had the officers begun walking with the penultimate grouping on day three and the R&A CEO Martin Slumbers and his Executive Director in Johnnie Cole-Hamilton appeared with the group, walking two or three holes before leaving, and with the police officers walking all 18 holes.
There had been rumours earlier in the day that ‘fuel’ protesters may elect to disrupt the hosting of the event, no doubt with McIlroy among the highest-profile of players left in this year’s Open Championship.
As it turned out, there were no incidents other than two very inebriated punters who managed to get through ropes at the 14th hole but they were quickly collared and returned to outside of the field of play.
Mcilroy and Hovland will again be out in the final group today, each tied at 16-under-par.
Of note, is the fact that McIlroy had held or shared the lead on five occasions heading into the final round of a major, and aside from the 2011 Masters, has gone on to win the past four – 2011 US Open, 2012 PGA Championship, 2014 Open and 2014 PGA Championship.