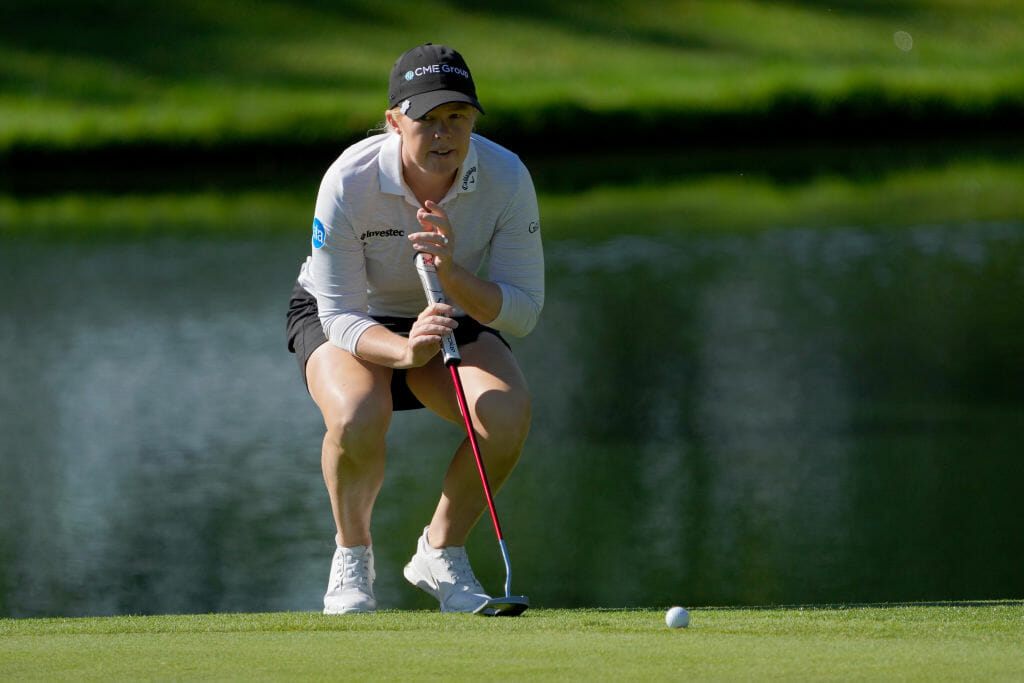 Stephanie Meadow and Cristie Kerr reached the halfway point of the Dow Great Lakes Bay Invitational just outside the top-20 on the leaderboard but it was the end of the road for Leona Maguire and Mel Reid.

Meadow and Kerr combined for a better-ball score of five-under, the pair posting a 65 at Midland Country Club on day two to reach six-under-par for the tournament and lie eight shots back of leaders Pauline Roussin and Dewi Weber.

However, Solheim Cup team-mates Maguire and Reid were only able to produce a four-under 66 in their second round which, combined with a 72 in Wednesday’s foursomes, left them at two-under which was three shots off the cut line.

It was Kerr who did the majority of the scoring in her and Meadow’s pairing as she provided all five of their birdies in a bogey-free combined round, with the Jordanstown woman only recording two birdies – and they came at the same holes as Kerr.

The American got their first birdie on the board at the par-four fifth, which was followed by both players birdieing the par-four ninth, and then Kerr added two more birdies at the par-fours 10 and 12 to keep their momentum going.

Both players rounded off their days with a pair of birdies at the par-four 16th to secure their place in the final two rounds and they will head into the second half of the week eight shots back of Roussin and Weber.

It was a fine day for the European pair as not only do they take a four-shot lead into the midway point, but Roussin also had a hole-in-one as she drained her tee shot at the par-three seventh.

“I think mainly we just had a lot of fun,” said Weber. “Obviously, there’s all these scoreboards everywhere, so we knew what we were doing was pretty good, but I don’t think we’ve ever talked about score in these past two days, honestly, or anything like, oh, we need to make more birdies. It just kind of happened.”

And what about the ace? “Well, it was just a perfect yardage,” said Roussin. “I had to hit a really good one to get it out there. I guess it drew the perfect way and it had back spin the perfect way, and it went in. We were, like, yea.”

In the end, the duo combined for seven birdies and the hole-in-one in a nine-under 61 that moves them up to 14-under, three ahead of Jennifer Kupcho and Lizette Salas, who had a 61 of their own to take them to 11-under-par for the week.

There were two more 61s for Matilda Castren and Kelly Tan, and Sarah Kemp and Alena Sharp to take them to 10-under, which is also the score reached by the pairs of Jodi Ewart Shadoff and Emma Talley, Tiffany Chan and Haeji Kang, and Pornanong Phatlum and Pavarisa Yoktuan.

The only official team event on the LPGA Tour schedule, Friday’s third round in Michigan will revert back to alternate shot foursomes, with Saturday’s final round played in fourball better-ball again.