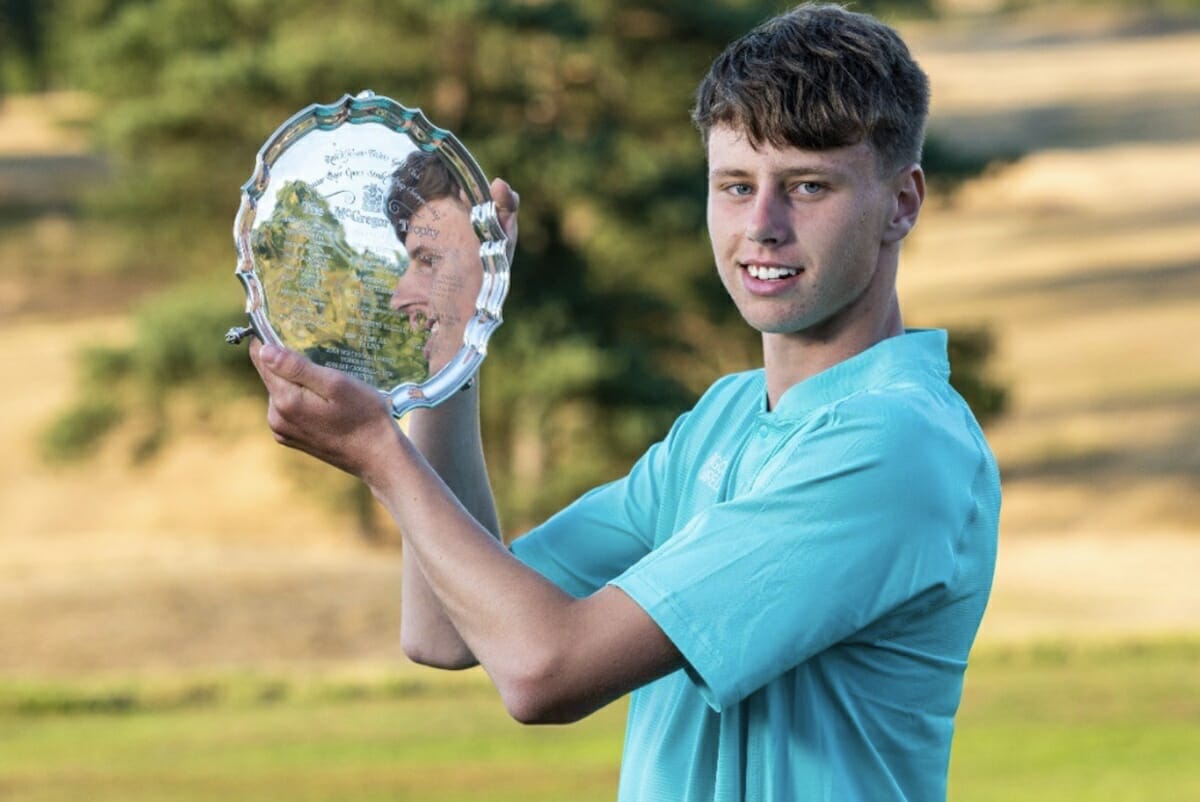 The pair played alongside each other in the final group and the lead changed hands on several occasions in a rollercoaster final round.

Both men made pars on the opening play-off hole before the Tralee golfer held from six-feet for the winning birdie.

Gazi and Croker began the final day locked together on seven under par but it was the Tralee native who edged in front in the morning as his third round of 72 saw him move into a two-shot lead before the afternoon action.

Gazi remained two shots clear after the turn before he ran into difficulties, dropping shots at 10, 12, 14 and 15 and Croker took advantage turning the championship on his head as he roared two clear.

Amid all the drama, Gazi was able to recover and drag himself back into proceedings going birdie-par-birdie on the final three holes, to force extra time with both players on four-under.

Having exchanged pars on the opening hole, Gazi sunk an excellent six-foot putt on the second to claim the trophy, to the delight of his Ireland teammates who had stayed to watch the tournament’s conclusion.

Gazi’s teammates also enjoyed good tournaments with Roganstown’s Sean Keeling keeping up his fine form with an eleventh place finish on plus nine while Enniscorthy’s Sean Cooper was three shots further back.

Harry McArdle was 37th on plus seventeen while Evan Hogg came 44th on twenty-six-over.