R&A Chief Slumbers: Distance concerns not about Old Course; no 59’s this week 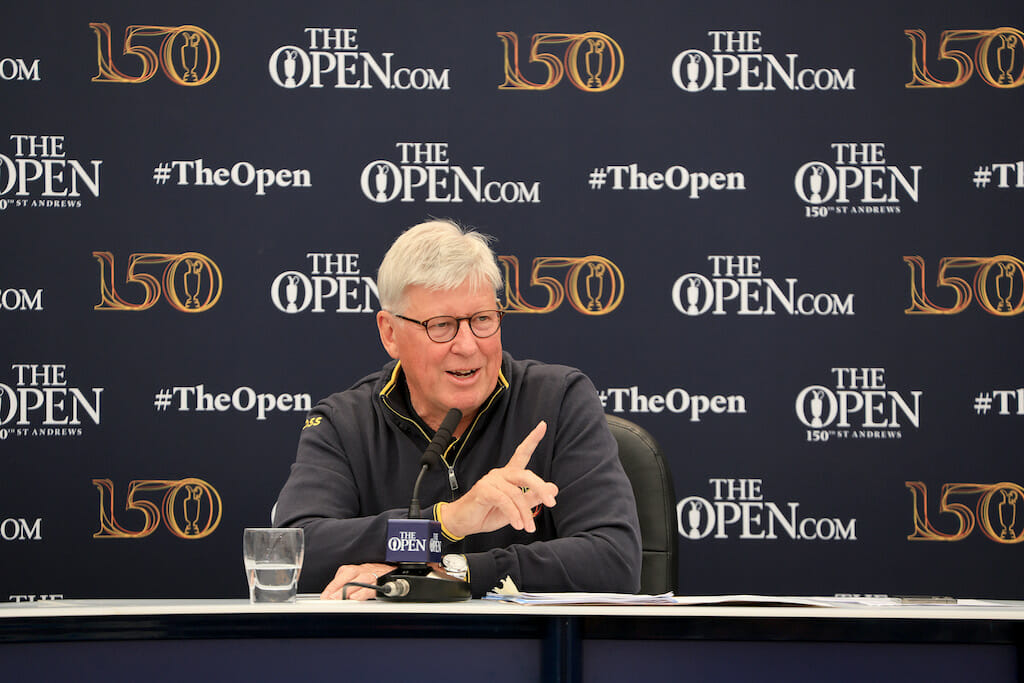 R&A Chief Executive Martin Slumbers says the topic of distance in golf is not strictly about the Old Course at St Andrews but rather to benefit the game of golf at all levels.

Slumbers addressed the media ahead of the 150th Open Championship at St Andrews where he was questioned on how much the Old Course played a role in discussing the topic with golf club manufacturers.

“There’s lots of other courses that could be categorised that way, this is not about the Old Course.”

The main concern circling around the Open Championship on the Old Course is how short the course plays by modern standards, how far the average player drives the ball and how vulnerable the golf courses could be to modern equipment.

Last year the average driving distance on the PGA Tour was 295 yards while Bryson DeChambeau averaged 321 yards off the tee. In 2020 it was 296 yards with DeChambeau again out in front with 322 yards with the driver. This is an increase of 40 yards since 1980 with fears that the Old Course could become obsolete and removed from the Open rota after this year.

Slumbers however, was keen to allay such fears believing the set up of the course and the weather conditions will prevent the viciously low scoring that has been mooted.

“We’ve spent three years getting this golf course to where we are today. The one thing I’ve learned in the last seven years is you need two things to be happening Open week.

“One is very skilled green-keeping staff and very hardworking staff, and we’re privileged to have that team here. And the second bit is luck and luck with Mother Nature.

“And I think the golf course is exactly where we want it to be. If you go out there today, it’s a lot firmer than it was yesterday. We’ve been holding the greens back because we had very hot weather early part of this week. We wanted to make sure that the grass was good come Sunday.

“The fairways are firmer than the greens, and they’re running really hard. And Mother Nature at the moment is not destined to give us any rain and probably not going to give us as much wind as we like. But we’ve got other ways of being able to set up the golf course. And my philosophy has always been I want to set up the golf course fair, challenging, and let these guys show us how good they are,” he explained.

Nine of the holes this week play at 381 yards or less on the scorecard meaning numerous players will be able to hit their tee shots close to the greens if not on them depending on the wind and firmness of the fairways, which has drawn whispers that we could see the first ever 59 in major championship history, eclipsing Branden Grace’s 62 at Birkdale in 2017.

Although Slumbers feels a sub-60 round is unlikely.

“13-under par around that, I’ll tell you what, if someone shoots that, I will be the first person on the 18th green to shake their hand because they have played outstanding golf.”