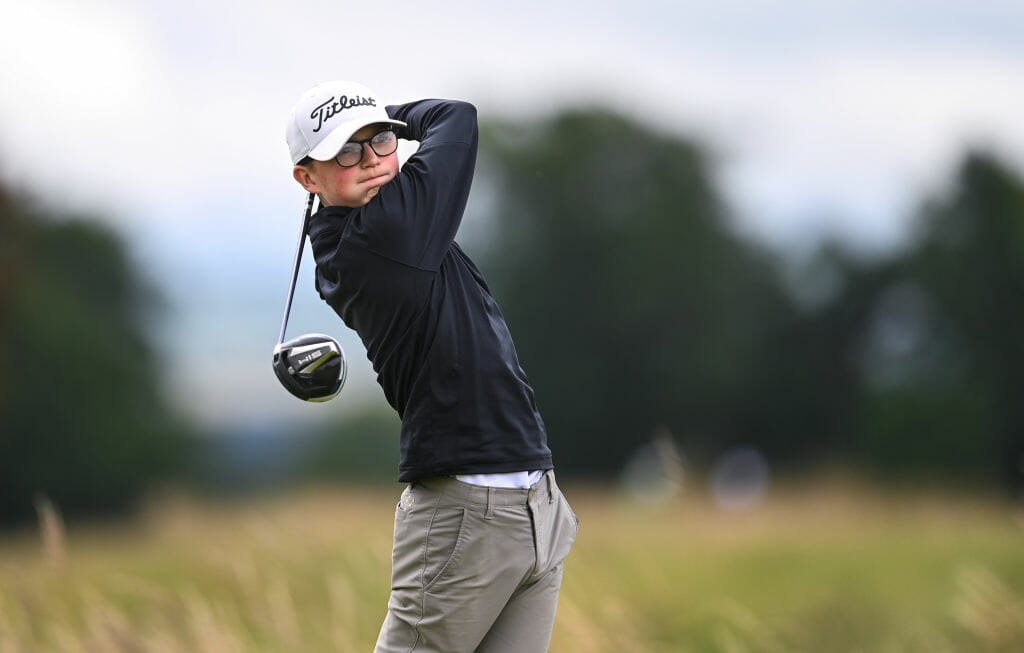 Fionn Dobbin remains on course for a very impressive finish at the R&A Junior Open after two rounds at Monifieth.

The Malone teenager is in solo seventh place on level-par and eight shots adrift of the lead with one round remaining, so he still has an outside chance of a come from behind victory if he can post a low number.

Dobbin backed up an opening 70 with a two-over 74 while home favourite Connor Graham soared into a two-shot lead on eight-under after a superb 67.

Oughterard’s Kate Dillon is in a share of 50th place on twelve-over after a pair of 78s so she will be looking to charge up the leaderboard in the final round.

Dobbin who found himself three-under after four holes in round one has taken a liking for the opening third of the course and his challenge seemed to be reignited after birdies on 2 and 4 lifted him to four-under for the championship.

However, he found the going tough around the turn with three bogeys on the seventh, eighth and tenth to drop back to one-under and over par for his day.

The Irishman responded with a timely birdie on the 12th as he looked to tee up a similarly barnstorming finish to his opening round where he birdied 16 and 17.

Unfortunately his final move of the day would be in the wrong direction as he closed with a brace of bogeys to fall eight shots in arears.

Overnight leaders Eric Zhao (Canada) and Ben Steinmann (Switzerland) both endured contrasting days as the Canadian shot a level-par 72 to lie just four back while the Swiss shot an 83 to fall outside the top-20 on seven-over.

Scotland’s Graham will have the target on his back on Wednesday after six birdies and a bogey as he backed up his opening 69 with a terrific effort that should draw a sizeable home crowd to cheer on the Scot.