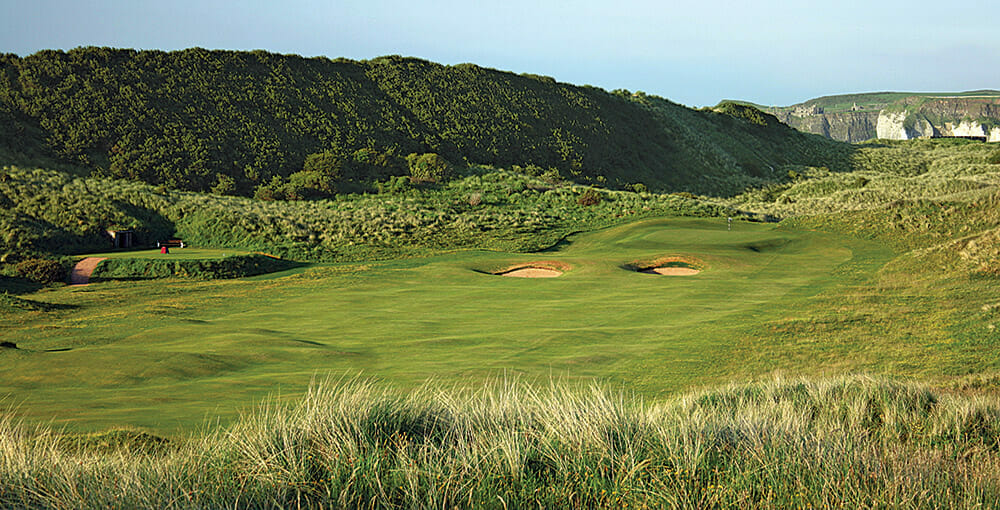 Noel Crawford and Eoin Freeman lead the way as they both topped the North of Ireland Men’s Qualifying at Portrush.

25 places were on offer on the Valley Links on Monday afternoon and Crawford and Freeman both shot four-under 67s to top the standings.

The cut fell at three-over with a countback being used in the event of a tie.

It proved to be a day of tough scoring with only Jordan Hyland (Omagh) and Stephen Barker (Mourne) shooting under-par.

Crawford of Mourne was almost blemish free but unfortunately dropped a shot on the 17th hole after five birdies in a superb round of golf.

Crawford breezed to the turn in 34 after birdies on the 2nd, 6th and 9th. Birdies on the 11th and 14th all but guaranteed his passage into the North of Ireland proper on Wednesday where Alex Maguire will be defending.

Tulfarris’s Freeman made the long journey north but it proved to be a fruitful one and he will come back on Wednesday full of confidence after carding five birdies in his opening ten holes.

He added a sixth birdie of the day on the 17th while also carding bogeys on 13 and 18.

There were four tied at level-par as Northern Ireland dominated the upper echelons of qualifying.