Player picking ‘most talented’ McIlroy to win this week’s Open 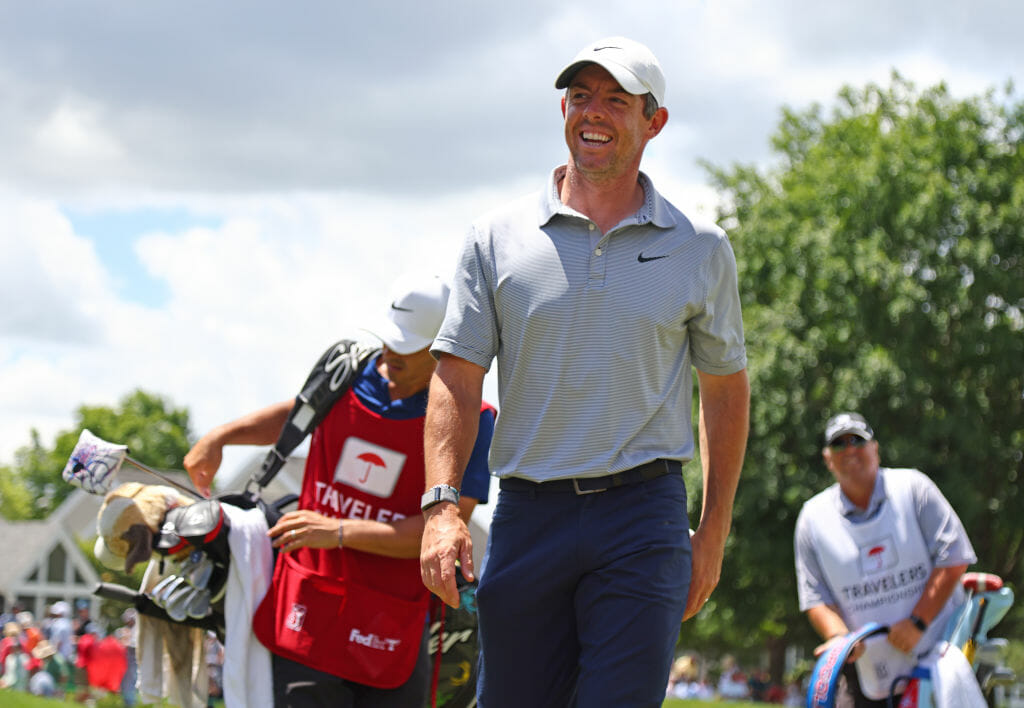 Player, who has nine major wins to his name, believes McIlroy is the most talented golfer currently plying his trade in the world and he expects the Holywood man to show it this week in St Andrews.

“I think that the lightbulb will be switched on and McIlroy will win The Open,” Player told Sky Sports as part of The 150th Open Championship Claret Jug Tour, in partnership with HSBC UK.

“St Andrews is a wide-open golf course and with his length, it’s going to be an advantage.

“He is the most talented golfer in the world today.

“He has the best swing, he is a physical specimen – I admire him so much because of his work ethic – and a wonderful young man.

“He draws the ball, which is a big advantage at St Andrews and the greens are big, so there won’t be much chipping – which I don’t think is the best part of his game. He is my pick to win.”

Although Player was clearly sweet on McIlroy, he also wasn’t ruling out a St Andrews specialist in twice winner at the Home of Golf, Tiger Woods.

“He loves St Andrews, and it’s an easy walking golf course, so he could be a force,” added the South African.

“Do I think he can win another major? I don’t think so, but I’ll happily eat humble pie if he did – I’d like to see him do it because by coming back he has lifted so many people.

“They see Tiger after all of this adversity coming out and playing, it’s very encouraging to people. I’d love to see him win, though I don’t believe he can. Then again, he is Tiger Woods.”

Many had ruled out Woods adding to his 14 major wins prior to his 2019 triumph at the Masters but his car accident in February last year has many people now believing that, given how heavily he continues to limp on his right leg, this week could see Woods waving goodbye to the game on the famous Swilken Bridge. Do you think Tiger can contend?