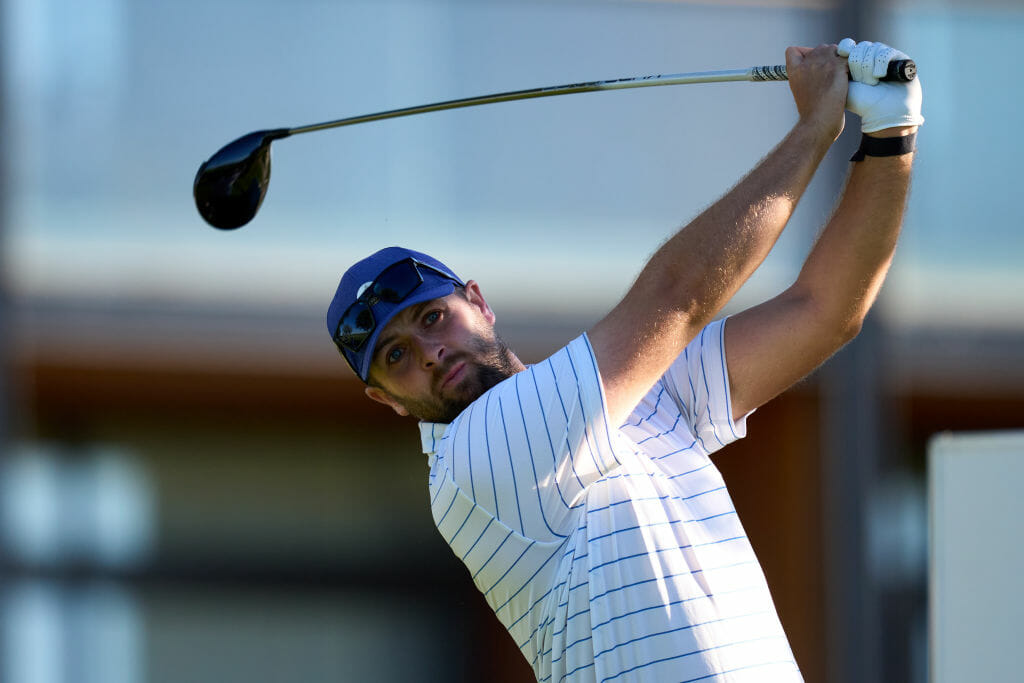 Ruaidhri McGee posted another impressive Challenge Tour result to boost his hopes of promotion to the DP World Tour next season as he finished tied-sixth at the Le Vaudreuil Challenge in France.

The 31-year-old burst back onto the scene after almost two years out of the competitive game with a second-placed finish at the Open de Bretagne only two weeks ago, and has since continued that good form.

And he completed another big week at Golf PGA France du Vaudreuil by bouncing back from a double bogey-bogey start to his fourth round with seven birdies in a four-under 68 to end his week 11-under-par and inside the top-10.

It was an impressive fight back from McGee, who still turned in one-over after two birdies before the ninth, but a run of four birdies in five holes from the 11th motored him up the leaderboard and a closing birdie at the 18th was a fine way to sign off his week.

It is another big step towards him potentially playing on the DP World Tour next season, the Irishman having come into the week ranked 28th in the Road to Mallorca needing to finish in the top-20 to earn promotion.

There will be a fair degree of frustration with his final day, though, as if he hadn’t started so poorly then he could have been a part of the play-off for the title as he missed out on a share of top spot after 72 holes by just three shots.

Both overnight leader Nathan Kimsey and Robin Sciot-Siegrist finished on 14-under after rounds of 71 and 70 respectively, with the latter putting the pressure on with a birdie at his final hole which meant extra holes were required to separate the pair after Kimsey bogeyed the 17th.

The Englishman needed a sand save on the second play-off hole to rescue a par to extend the tournament, and that allowed him to complete the victory with a birdie at the fourth hole, the 11th, for his maiden Challenge Tour success.