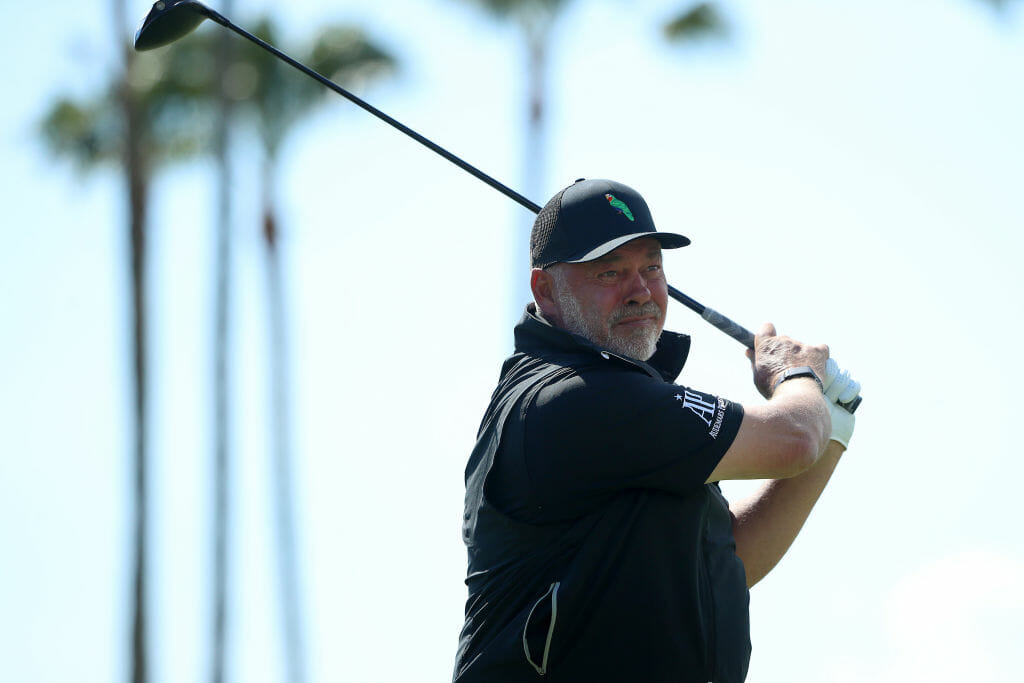 Darren Clarke’s hopes of winning the Bridgestone Senior Players Championship are all but over after he suffered a difficult third round at Firestone Country Club in Akron, Ohio.

The former Open champion struggled for birdies, finding just one in round three, and a bogey and a double-bogey at his final hole saw him card a two-over 72 to fall to two-over-par for the tournament.

At tied-31st and 11 shots off the lead, Clarke will tee off in the final round simply looking to improve his finish, with a top-10 still within his grasp, however he will need to break 70 for the first time if he is to stand any chance of doing so.

The former European Ryder Cup captain has failed to finish inside the top-10 on the PGA Tour Champions this season and is looking for some form, with the final round a chance to find some.

Meanwhile, Jerry Kelly and Alex Cejka will go into the final round tied at the top with a two-shot lead in Akron as both reached nine-under-par at Firestone.

Six birdies and a bogey saw Kelly post the number with a five-under 65 and he was matched by Germany’s Cejka, who had an incredible finish with four birdies in his last five holes to sign for a 67.

The pair’s lead is two shots over Steve Stricker and Steven Alker, who carded rounds of 68 and 69 respectively to reach seven-under, with South Africa’s Ernie Els still in contention as the only player at six-under-par.