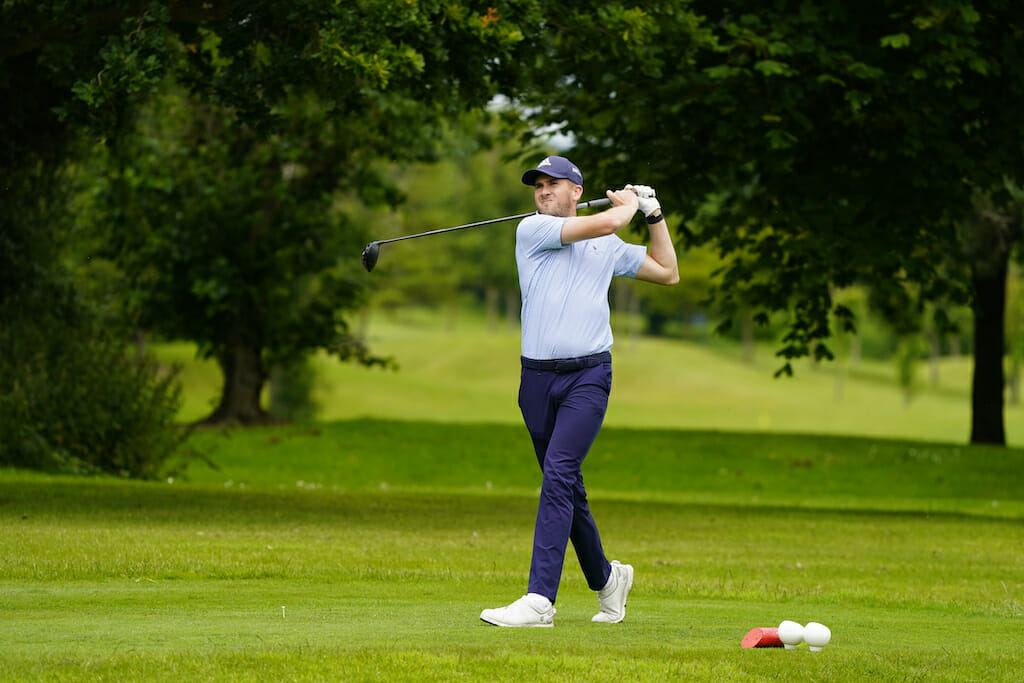 Conor Stone is ready to test his game against some of the best disability golfers in the world when he takes a history-making trip to America to compete in the first ever U.S. Adaptive Open at Pinehurst.

The +2 handicap from Carton House finished tied-third in the inaugural Irish Open for Golfers with a Disability at Roganstown on Wednesday but is hoping to go a few places better in North Carolina from July 18-20.

“It’s going to be the biggest event of the year,” said Stone who won the English Open last month and was also part of Ireland’s 25-shot success at the European Team Championships.

“There’s no world ranking points on offer – it’s the first event ever that the USGA has put on but for it to be on in a place like Pinehurst is class.

“There’s a lot of good golfers playing, a lot of good Americans. Mike Brown who won the G4D event at Mount Juliet, a few Swedish guys, just top, top golfers. Hopefully I can go well. It will be great exposure and a great chance to test myself against some of the best players around.”

Stone has moved to up to 13th in the EDGA world rankings as he eyes the all-important top-10 and some lucrative G4D Tour starts. The 27-year old, who developed scoliosis as a teen, had admired the work of world number one and fellow Carton House member, Brendan Lawlor from afar but admits it was the women’s world number one, Daphne van Houten that highlighted the possibilities within the disability golf circuit.

“I obviously saw the great things Brendan was doing but Daphne also had scoliosis, she had the same surgery I had, metal rods inserted in her spine as well so we’re both very similar,” said Stone, who was side-lined for over a year after surgery but now has aspirations to one day turn pro.

“My swing looks horrendous – I’ve lost my swing, it used to be grand back in the day but I’ve found a way of making it work. It’s unconventional but it’s working!”

Stone hopes to tee up on the Alps Tour this year while a big target closer to home is the G4D event at Galgorm Castle running alongside next month’s ISPS Handa World Invitational.

“I thought I would’ve got into one or two now at this stage – I just haven’t – so I’m hoping I might get into Galgorm Castle in four weeks’ time for the ISPS Handa World Invitational as a reserve, so fingers crossed,” he said.

“Usually the top-13 or 14 have a chance to get in. I’m playing well so it would be great to get that opportunity.”

Stone recently changed jobs and has taken up a role at McGuirks which has allowed him to juggle life off the fairway with his ambitions on it.

“I’m still working 40 hours a week but it’s very flexible and I can take time off when I need to,” Stone said. “In my last job in finance I just couldn’t, I had too much responsibility which was fair enough but it made it very difficult to juggle work and golf.

“McGuirks have been a great help, especially around events. I can bring the laptop with me and do an hour here or there. Philip Ring, the manager of the Head Office has been a massive support, as has everyone at Carton House.

“I’ve been at the club 12 years and I’m very loyal to them. They’ve been a constant help, even covering expenses to get me into events as a junior so I’m very lucky to call myself a member there.”

Stone was one of 299 entries into Pinehurst. He’ll tee-up flying the flag for Ireland as part of a 96 player global field with 12 countries represented.