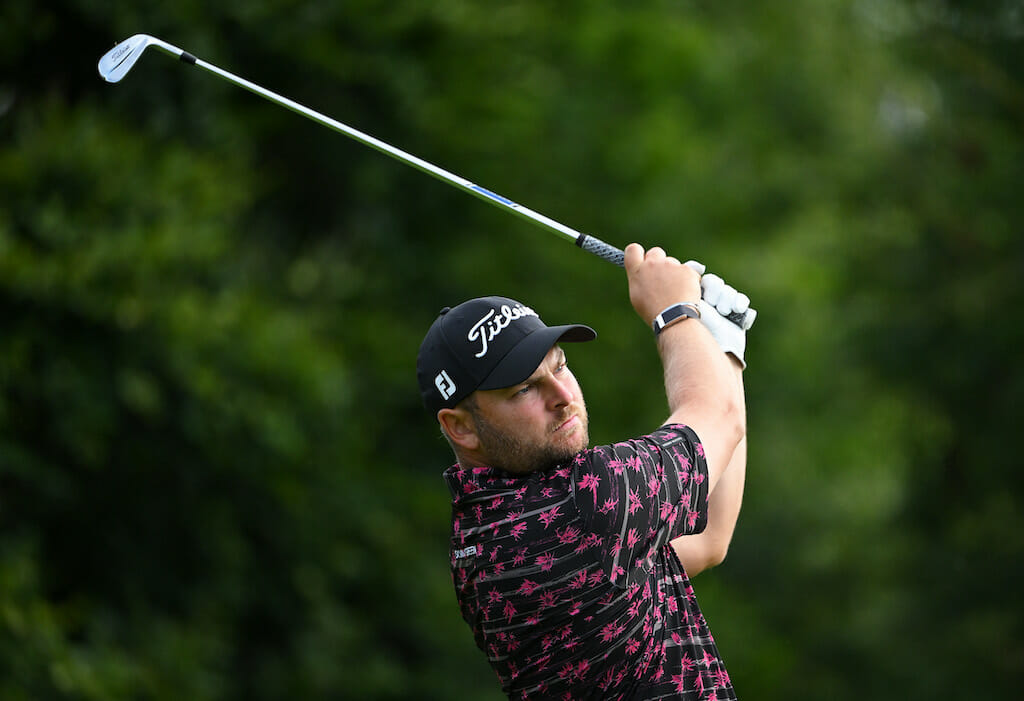 By Fatiha Betscher at the Renaissance Club.

In an historic first in this 75th anniversary season of the DP World Tour, English golfer Jordan Smith has won not one but two spanking new electric cars for an ace on day two of the Genesis Scottish Open.

The Englishman’s tee shot, in the bright and very windy conditions, hit the green well short and right of the flag but then took a big left turn and headed straight to the flag, and flush into the cup.

And sponsors Genesis were offering a caddy’s prize of a Genesis GV60, a sleek and athletic electronic crossover, with Smith’s caddy Sam Matton naturally thrilled.

“Yeah, we’ve been chatting about it during the week saying that a pin over there could be a good chance for a hole-in-one. Just happened today,” said a delighted Smith.

“I hit a 6-iron and the wind was howling off the right. Anything right of the pin would catch the slope and lucky enough that it did. Even though we couldn’t see it, the crowd went nuts.”

Smith’s only concern is that he has his own vehicle in the No. 1 car park this week but then Genesis will find a way to arrange delivery.

Matton also expressed the same concern, if you can call it a concern when you’re just won a brand new motor

“Yeah, obviously it’s really nice for the caddie to get a car, as well, but then not sure how we’re going to get it back. Great shot!”

“Sam was a big part of me acing that hole, so it’s great that they have managed to support caddies for that as well,” said Smith.

“Also, we grew up playing golf together down in Wiltshire, and he was one of my ushers in my wedding. We’ve known each other for a long time. It’s great obviously having him on the bag and as a caddie.”